Hosting 40,000 delegates at the United Nations climate change conference (COP21) in Paris has been no mean feat for the French government.

Delegates from 196 countries are meeting at the conference to discuss a new deal to limit global warming.

Much of the focus has understandably been on the talks themselves, but alongside the negotiations there are hundreds of side events, exhibits and country pavilions.

At 18 hectares (45 acres), the Le Bourget conference site in the north of Paris is enormous.

There are six main halls in what is called the Blue Zone of the COP21 meeting, along with two enormous plenary rooms. One houses the main meetings rooms where negotiations outside the plenaries take place, another the French presidency and the UN officials.

Two of the halls are taken up with delegation rooms and country pavilions.

New Zealand's delegation room is in the far corner of one of the halls, with a very noisy exit door outside, and is the main meeting point for negotiators and officials. Once a day, officials hold a background briefing for stakeholders and media, where an update is given on the state of play in the talks. 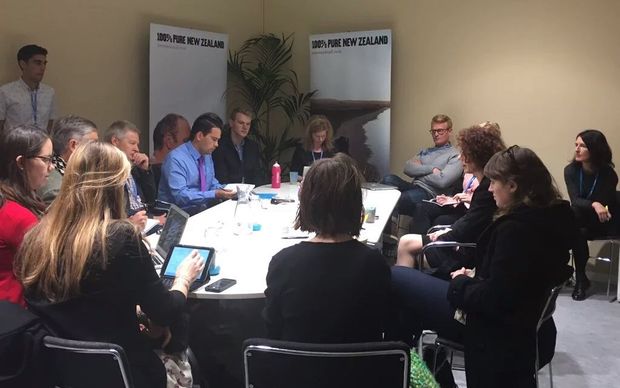 The country pavilions provide a space for individual countries - ones that can afford to pay for a space - to showcase their actions on climate change and host events.

There is also another hall with space for observer groups and non-government organisations to have exhibitions and rooms to hold events.

There are 3000 accredited media at the venue. The media rooms take up two floors, and there are also three large press conference rooms where ministers, NGOs and country groups give their take on the talks and answer questions from reporters. 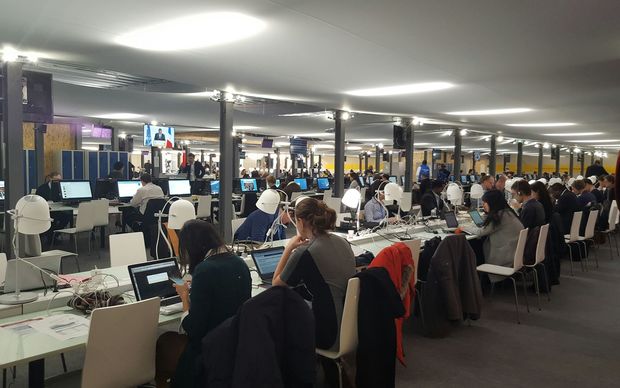 All around the venues there are protest groups making their voices heard in colourful and imaginative ways.

One group hands out chocolate with a message inside about afforestation, while a gigantic mechanised polar bear moves sadly near the entrance to the venue and chants echo around the marquee between meeting halls. 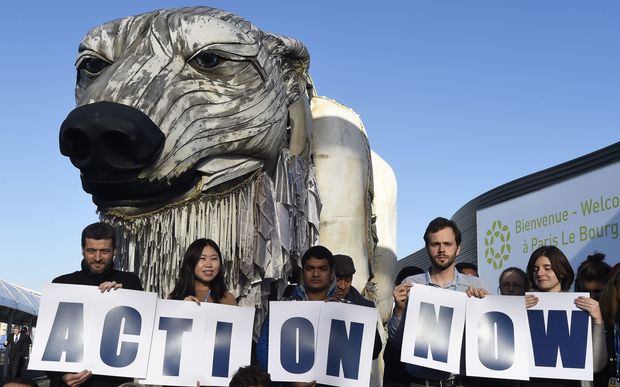 Hosting the climate change talks in Paris has been a monumental undertaking for the French government.

The logistics of getting people to and from the venue, feeding them, and also kitting out a venue big enough for everybody has been a feat of organisation.

When delegates arrive they get a cloth bag (apparently made from recycled sweaters) with, among other things, a drink bottle that can be refilled at one of the hundreds of water stations around the venue and a card that provides free public transport for the duration of the event.

Coffee is served in plastic cups, requiring a ‎€1 deposit, which you get back when it's returned.

There are cafes and restaurants through-out the venue and even an on-site bakery: 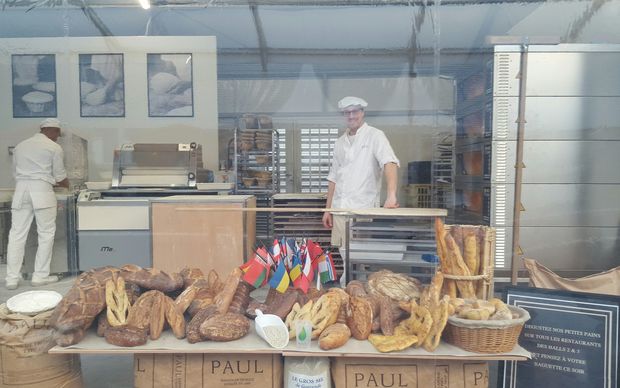 Caterers were asked to sign an agreement to use as much local, organic and seasonal produce as possible, respect the diverse eating and drinking habits of participants (no craft beer bar however) and limit disposable items.

Access to the Blue Zone requires UN accreditation, so the venue is not open to the public.

So there is a place where the public and non-accredited groups can gather and also hold events, the French set up another large space outside the COP venue called the Green Zone. 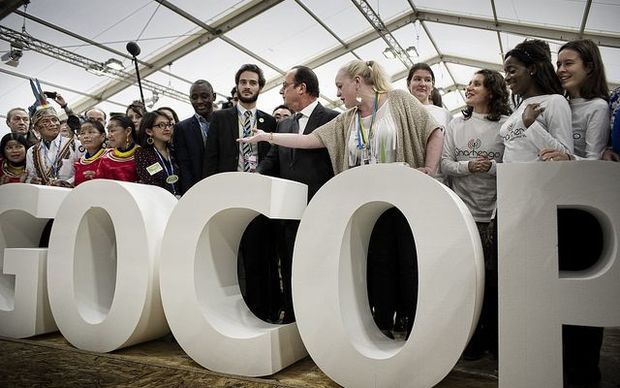