The French hosts of the United Nations climate change meeting are being accused of rushing the process and locking civil society out of the talks. 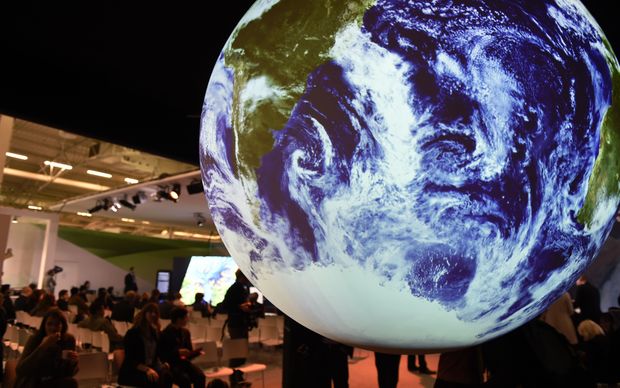 Ministers and negotiators at the United Nations Conference on Climate Change (COP21) in Paris are getting down to the wire as tomorrow's deadline - Wednesday night Paris time - looms to have a new draft of the deal agreed.

The French presidency wants the draft text to be submitted then so it can be legally drafted and finally agreed by the end of the week.

French Foreign Minister Laurent Fabius, the conference head, has tasked 14 ministers with working through the areas that need to be resolved to get a deal.

Those smaller meetings were closed to media and observers.

Oxfam Australia executive director Helen Szoke said developing countries were at risk of being squeezed out of critical negotiations, as the pace of talks intensified.

"The small delegations of the poorest countries are being stretched, and it is vital that ministers ensure their voices are heard on critical issues like climate funding, as the deadline for the Paris deal looms."

But Green Party co-leader James Shaw, who is part of the official New Zealand delegation, said the French were doing what they needed to do to finish the negotiations on time.

"I suspect that what's happening is that you've got a group of countries that are using criticisms of the process to try and delay things or strengthen their negotiating hand. So I actually think it's less about the French approach to this and more about ways that countries can say 'hey slow down a bit our concerns haven't been addressed', so I think it's a negotiating position."

"There seems to be an idea that there probably will be some crises before we get to an end point, but things seem to be moving at pace."

Meanwhile, the European Union has formed an alliance with 79 African, Caribbean and Pacific countries in a final push for agreement at the Paris climate summit.

The new alliance has agreed a common position on some of the most divisive aspects of the proposed deal, which has to be drafted by tomorrow morning.

They said the Paris agreement to cut global warming must be legally binding, inclusive and fair - and be reviewed every five years.

Observers say the announcement from the EU was likely to boost the chances of a climate change deal.