The brother-in-law of one of the suspects in a mass shooting in which 14 people were killed in California says he has no idea why he would be involved. 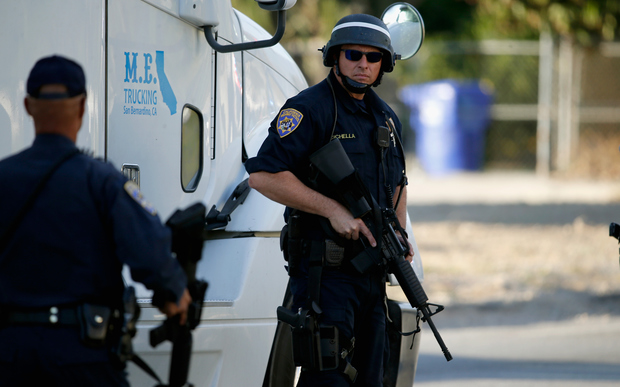 A man and a woman suspected of taking part in the shooting, which killed 14 and wounded 17, died in a shoot-out with police near their vehicle, hours after attackers opened fire inside a conference building in the Inland Regional Centre in San Bernardino.

Authorities have identified the couple as Syed Rizwan Farook, 28, and Tashfeen Malik, 27, and described them as possibly married or engaged.

San Bernardino Police Chief Jarrod Burguan said Mr Farook was a US-born county employee who had attended a holiday party at the social services agency and returned to open fire on the celebration.

The chief said Mr Farook and Ms Malik were believed to be the only shooters involved in the rampage.

It was believed an apartment in Redlands, not far from where the shooting spree took place at 11am local time, was connected to Farook.

Police and the FBI were trying to enter the house but were concerned about potential explosives. 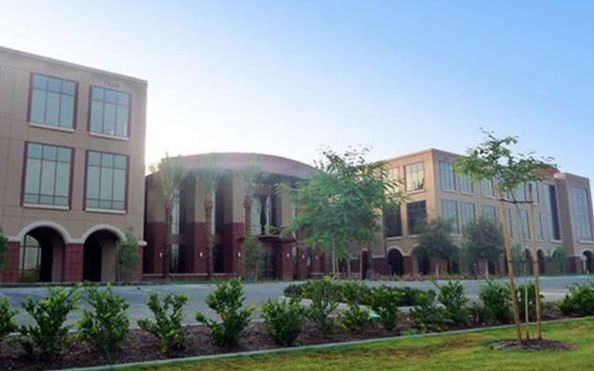 The Council on American Islamic Relations (CAIR) held a press conference condemning the shootings at the social services agency, which serves people with developmental disabilities.

An emotional Farhan Khan, the brother-in-law of Mr Farook, expressed his sadness at the shootings.

"I just cannot express how sad I am for you [knowing] what happened today ... I'm very sad that people lost their lives and there's victims out there."

Mr Khan said he last spoke to his brother-in-law about a week ago, and could not shed any light on any potential motive.

One police officer was injured in the gunfight with the two suspects, who were confronted after fleeing the scene of the shooting in the city, about 100km east of Los Angeles. 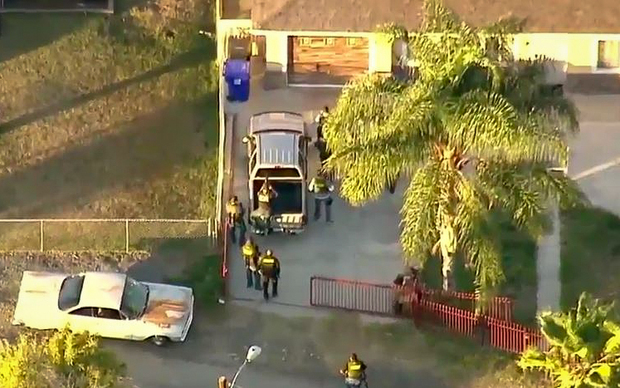 Images of a black SUV, riddled with bullet holes and surrounded by police, were screened by CNN. Photo: SUPPLIED / Fox

Mr Burguan said earlier today he knew of no possible motive for the shooting. "Obviously, at minimum, we have a domestic-type terrorist-type situation that occurred here."

He said the two dead suspects were dressed in assault-style clothing, armed with assault rifles and hand-guns and "came prepared".

He said it was possible there were other people "involved in the planning" of the crime.

At the same news conference, an FBI spokesperson said terrorism was a possibility but it was still unclear. 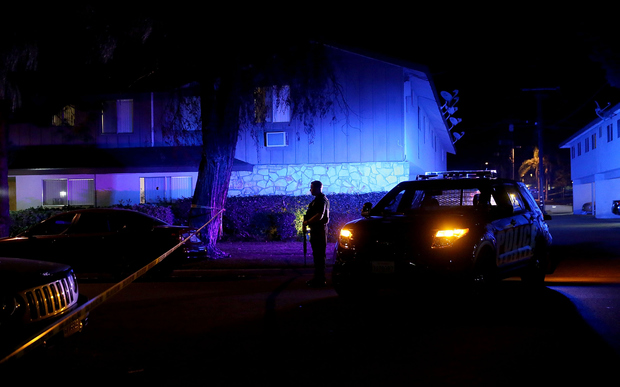 A police officer stands guard during an investigation of a suspicious vehicle on 2 December in Redlands, California. Photo: AFP

The shooting marked the deadliest US gun violence since the massacre at Sandy Hook Elementary School in Newtown, Connecticut, in December 2012, in which 27 people, including the gunman, were killed.

US President Barack Obama was briefed and Democratic presidential candidate Hillary Clinton said on Twitter, "I refuse to accept this as normal. We must take action to stop gun violence now." 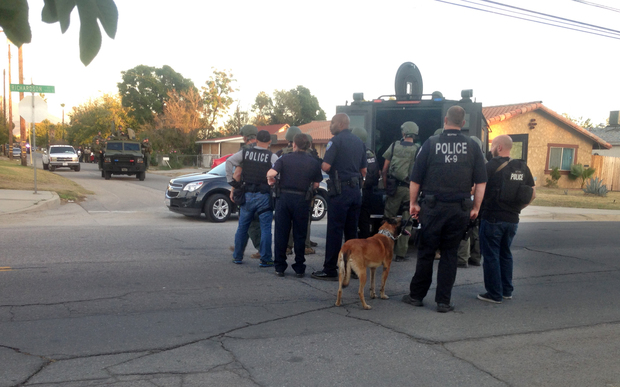 Police say they are yet to ascertain whether the shooting is a terrorist attack. Photo: AFP 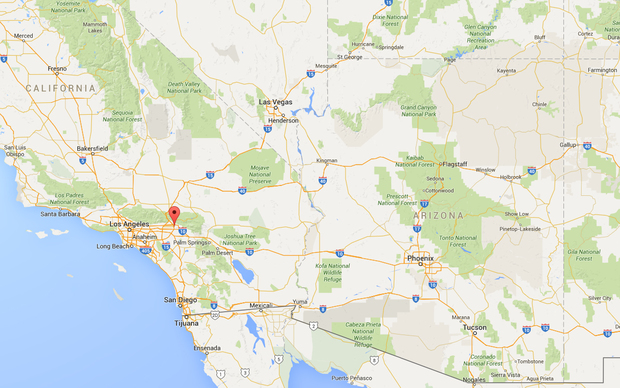