Today's mass shooting in California comes less than a week after a gunman killed three people and wounded nine in a rampage at a Planned Parenthood clinic in Colorado Springs. 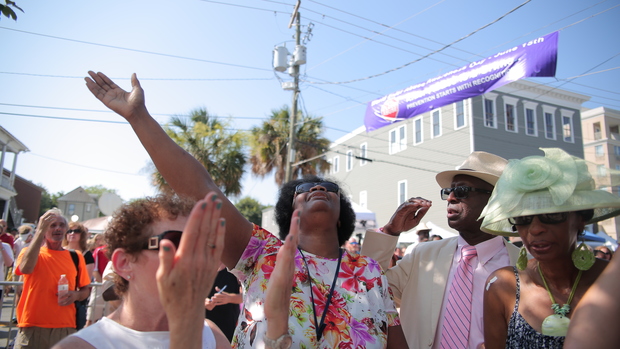 It is the latest in a series of attacks that the United States government defines as "active shooter" incidents: "an individual actively engaged in killing or attempting to kill people".

There have been nearly 300 mass shootings - incidents in which four or more people are killed or injured by gun - so far in 2015, more than one per day. 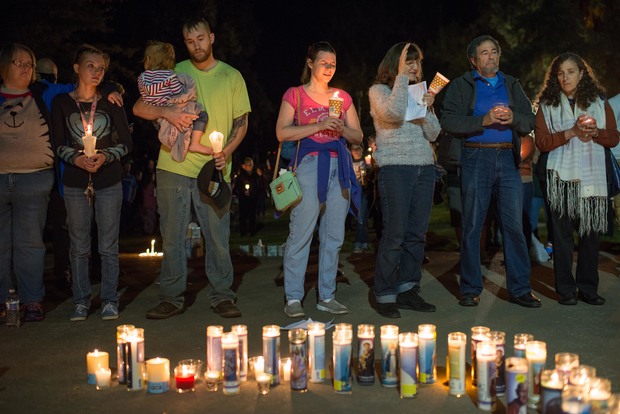 A candlelight vigil in Roseburg,Oregon for nine people killed and seven others wounded in a shooting at a community college. Photo: AFP

Where fewer than three people are killed an incident is not usually considered a "mass killing". There are some mass killings that involve members of one family, however some define mass shootings as those that occur at a public place in which four or more people are killed, excluding domestic, gang, and drug violence.

The Gun Violence Archive's shooting tracker reports that at 1 October there had been 294 mass shootings, 45 of them at schools. The casualties included 9956 people killed in gun incidents and 20,000 injured.

The US has very high levels of gun violence - with six times as many firearm murders as Canada, and 15 times as many as Germany, according to United Nations data compiled by The Guardian's Simon Rogers.

Deaths in the past six months

Below are some of the most high profile shootings in the United States in recent months.

After the Oregon school shooting in October, the US president, Barack Obama, tried to make sense of yet another act of mass gun violence and the laws that let it happen.

He was at turns angry, weary and apparently resigned to the intractable opposition he faces in tightening gun regulation.

He said the US was the only country on earth that has a mass shooting every few months, and the evidence was clear - countries with stricter gun laws have fewer shooting deaths.

The US was the only advanced country in the world that did not have sufficient common sense gun safety laws, he said, even in the face of repeated mass killings.

"Somehow this has become routine," Mr Obama said. "The reporting is routine. My response here at this podium ends up being routine."