The New Zealand government is urging Japan to halt its plans to resume whaling in the Southern Ocean, saying any "research objectives" can be met without killing whales. 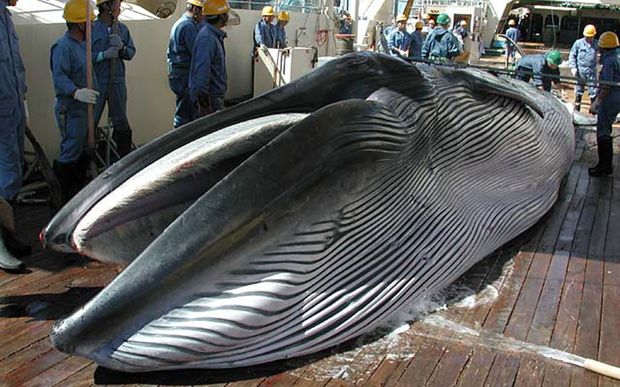 The International Court of Justice ruled last year that Japanese whaling in the Antarctic should stop, and the country's fisheries agency subsequently cancelled the bulk of its whaling for the 2014-15 season.

However, it has now notified the International Whaling Commission that it will resume whaling in the 2015-16 season under a revised plan.

The plan, under which the annual catch of minke whales would be cut by two-thirds to 333, was scientifically reasonable, the agency said.

"New Zealand is strongly opposed to whaling in the Southern Ocean. We call on Japan to take heed of the 2014 International Court of Justice decision and international scientific advice concerning their whaling activities.

"In early 2015, the International Whaling Commission's Expert Panel issued very clear and unambiguous recommendations that Japan postpone the lethal components of its research proposal. The Expert Panel requested Japan undertake further work on whether lethal methods are necessary to achieve its research objectives," he said in a statement.

"The panel's clear message, which was echoed by a significant number of IWC scientists in June, was that Japan had not made the case for lethal research - and this remains the case. New Zealand's long-standing and fundamental opposition to this practice remains unchanged.

"It is clear that Japan's research objectives can be met using non-lethal means."

Japan should at least wait until the International Whaling Commission has the opportunity to consider the proposal next year, Mr McClay said.

Japan began what it calls scientific whaling in 1987, a year after an international moratorium took effect.

It has long maintained that most whale species are not endangered and that eating whale is part of its food culture.

The Japanese authorities believe their plan is scientifically reasonable but it is likely to prompt international outrage.

The ICJ, which made its ruling in March last year, said Japan has caught some 3600 minke whales since its current programme began in 2005.