[b New Zealand's Prime Minister John Key has conceded there may be little the Government can do to stop Japan resuming some form of whaling.

Mr Key met with Japanese counterpart Shinzo Abe, the first Japanese leader to visit New Zealand in more than a decade, in Auckland on Monday, where the men discussed whaling and other issues such as trade. 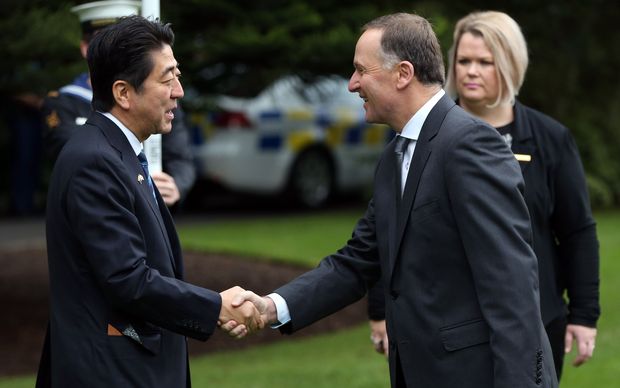 In March this year, the International Court of Justice ruled that Japan's scientific research whaling programme is illegal.

Shinzo Abe said Japan would abide by the court's ruling, though noted it did allow for different positions.

However, John Key said Mr Abe indicated that Japan is exploring ways to resume whaling that fit within the court's ruling.

Mr Key said New Zealand wants whaling stopped completely, but concedes there may be little it can do legally.

He would not be drawn on what action New Zealand might consider if Japan resumed whaling, saying he wants to see what it decides first.

Mr Key backed away from earlier comments about reaching a trade deal without Japan, saying the country is embarking upon a series of reforms to open up its economy and the TPP is part of that.

He said while Japan has been reluctant to open its market fully, New Zealand continues to push for open access to Japan's markets for farmers.

"We can understand that these things take time. We can show patience in terms of the pathway, but in the end New Zealand needs a high quality deal which includes the elimination of tariffs."

Mr Key and Mr Abe reiterated their commitment to a comprehensive and high quality deal. 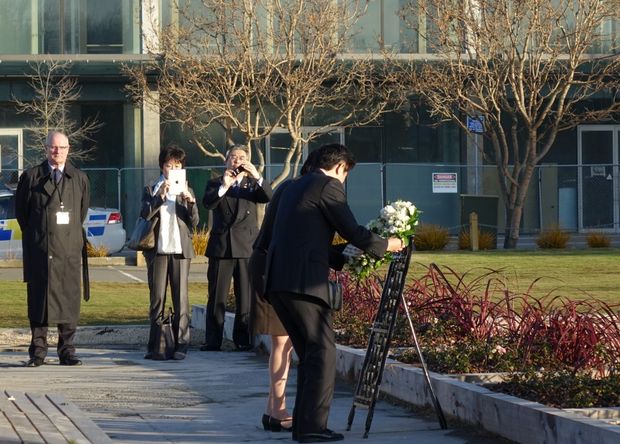 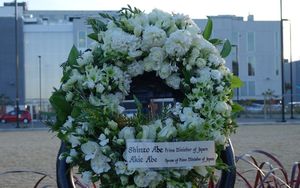 Shinzo Abe also visited Christchurch on Monday to pay his respects to the 28 Japanese citizens who lost their lives in the Canterbury earthquake.

Members of the Japanese community gathered to watch Mr Abe pay his respects at the site of the CTV building, which collapsed in February 2011.

Twenty-eight Japanese citizens lost their lives during the quake, the majority of them in the CTV building which housed an English language school.

Mr Abe and his wife, Akie Abe, were given a tour of the transitional 'cardboard cathedral', designed by a Japanese architect Shigeru Ban. They left Australia on Monday night.