The lead singer of the rock band playing in Paris when terrorsts opened fire says his band wants to be the first to play at the Bataclan theatre when it reopens. 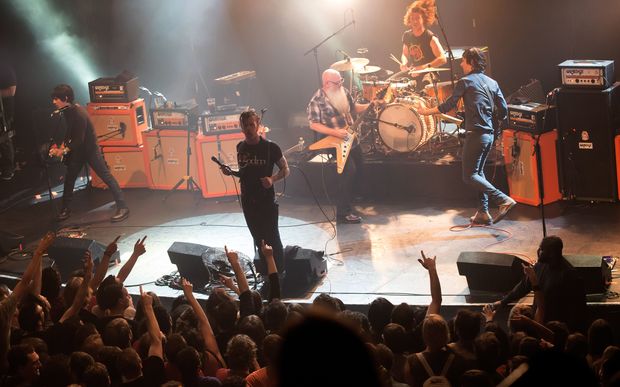 Three gunmen stormed the Eagles of Death Metal gig, killing 89 people. It was one of a series of co-ordinated attacks in the French capital on 13 November, which left a total of 130 people dead. Islamic State claimed responsibility for the atatcks.

Singer Jesse Hughes said he came face to face with one of the gunmen as he was trying to escape the onslaught.

The singer said the man brought the gun down on him but the barrel hit the doorframe.

Guitarist Eden Galindo said he initially thought the gunshots were the PA "cracking" but pretty quickly realised it was not. 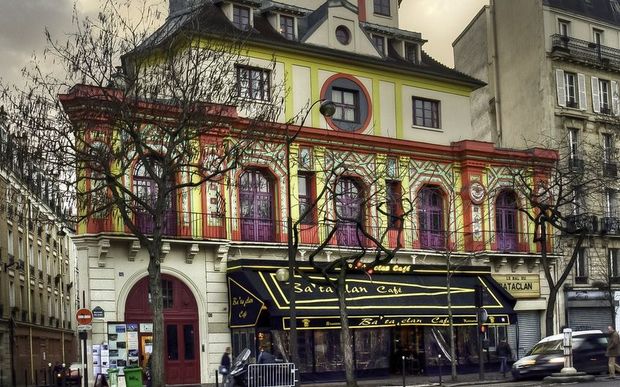 Meanwhile, Belgium has lowered the security threat level in Brussels, after nearly a week on maximum alert following the attacks in Paris.

The Belgian Prime Minister said the threat remained serious but was not as imminent as previously feared.

The alert level has been lowered from four to three, bringing the capital in line with the rest of the country.

The police have mounted a number of raids and searches during the past two weeks in Belgium and have charged five people with terrorism offences linked to the Paris attacks.