World leaders have responded with shock and pledges of solidarity for France following the terror attacks. 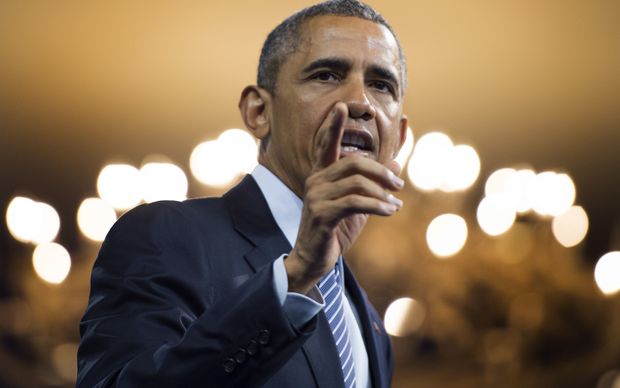 The German Chancellor Angela Merkel and the British Prime Minister David Cameron both expressed their dismay.

Russia joined the United States in voicing support for Francois Hollande and condemning the attacks as did the United Nations Security Council, which called them barbaric and cowardly.

French terrorism expert Jean-Charles Brisard said at least one of the gunman linked the attacks to the fighting in Syria and Iraq.

"One of the attackers at the Bataclan [concert hall] shouted that he was acting for what was happening in Syria, making a clear link with the situation there, which is also coherent with what the investigators here in France believe that these attacks again expected against France are related to the context of Syria and Iraq."

The attacks came as France, a founder member of the American - led coalition waging air strikes against Islamic State in Syria and Iraq, was on high alert for terrorist attacks before a global climate conference later this month.

CNN's Paris correspondent Jim Bitterman expects some draconian security measures to be put in place, as around 80 heads of state are due in Paris for COP21.

France has been marred by a series of deadly attacks this year.

In January, 17 people were shot dead in attacks at satirical magazine Charlie Hebdo, on a police officer, and at a kosher supermarket. The three gunmen involved were killed.

France mobilised 10,000 troops to boost security after the attacks and sent thousands of police to protect Jewish schools. Other European countries were also on high alert.

In June, a man was found decapitated at a gas factory near Lyon in France after an attack that police suspect was carried out by one of his employees.

The body was found after a car rammed into the factory causing an explosion that put France on its highest alert amid fears of a terror attack.

Within hours a man was arrested who officials said had been investigated over possible ties to radical Islam.

In August an armed man injured three people on a train between Amsterdam and Paris before being overpowered by passengers, including two off-duty US soldiers.

The passengers were hailed as heroes for tackling the attacker, who was carrying a Kalashnikov rifle, an automatic pistol with ammunition clips and a box cutter knife.