The moment exactly a week ago when Islamic State jihadists brought terror to the streets of Paris has been marked by moving tributes to the 130 victims. 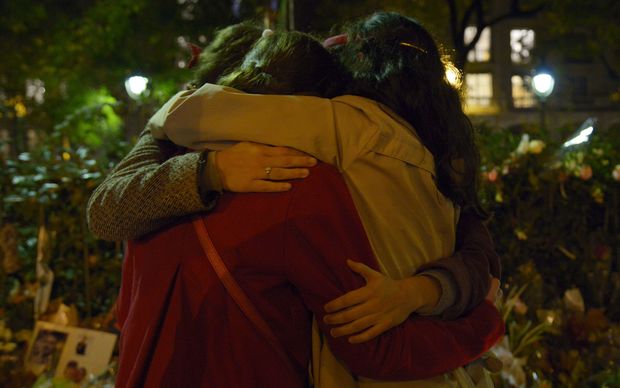 People hug in front of a memorial set up near the Bataclan theatre in Paris. Photo: AFP

Parisians gathered for ceremonies of remembrance at the sites of the attacks - outside the Bataclan concert hall and the restaurants and bars that were hit - and burst into spontaneous applause. Some sang the Marseillaise.

Correspondents say people have gathered in small groups, leaving flowers or candles. They then stand for a short while in contemplation before moving on.

There have been calls for Parisians to come out and make a noise - to drink, to socialise, to show the world and the attackers that the city will not be cowed. But the memory of death is still too strong and few have ventured out.

The foreign editor of the newspaper Liberation, Michel Henry, said it was moving to see people come onto the streets to show that everyone was going on with their lives .

Another person charged with terrorism in Belgium

Meanwhile, prosecutors in Belgium have charged a person with terrorism offences.

The suspect, who has not been identified, was arrested during a series of raids related to the Paris attacks.

Belgium has raised its terror alert in the Brussels region to the highest level warning of a very serious and imminent threat.

The warning for the rest of the country remains at a lower level but is still serious. 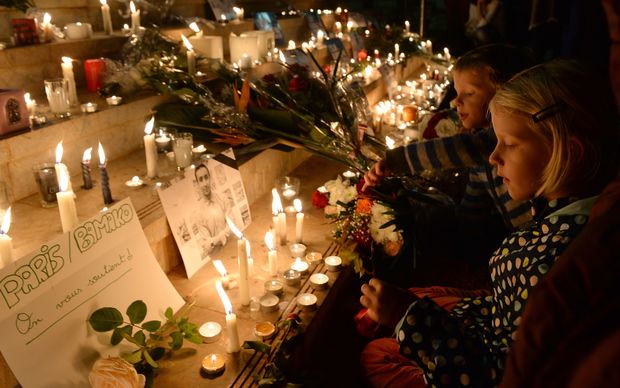 People gather for a candlelight vigil in Rabat, Morocco, in solidarity with victims of the attacks in Paris and in Bamaco, Mali. Photo: AFP