A football match due to be attended by Chancellor Angela Merkel has been called off because of fears of a bomb attack, German police say.

The friendly between Germany and the Netherlands in Hanover was cancelled less than two hours before kick-off because of a "concrete security threat" police said. 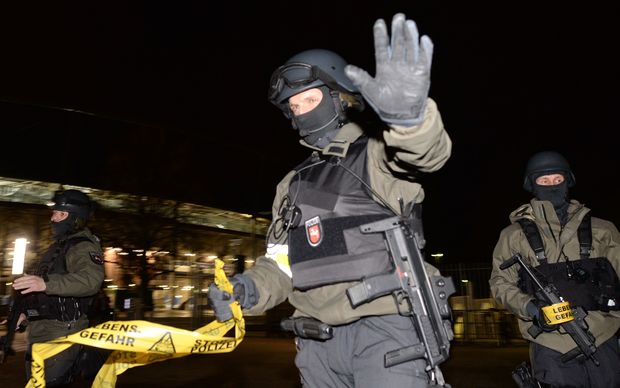 Police with assault rifles stand in front of the closed HDI Arena in Hanover. Photo: AFP

German officals later said no explosives were found and no arrests made, Reuters reports. 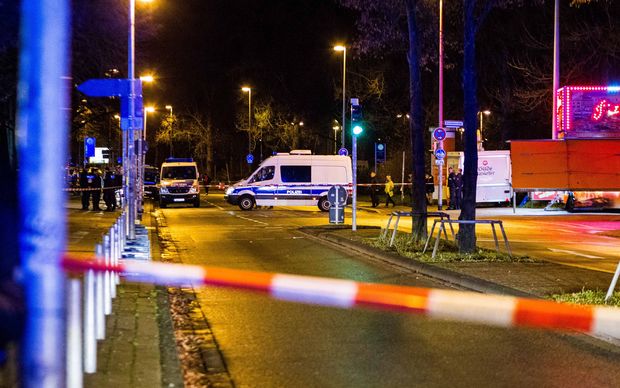 Police cordoned off an area around two booths at the Hanover arena. Photo: AFP

Spectators had already begun entering the 49,000-capacity HDI Arena when the match was called off.

Fans were told to return home "quickly, but without panic".

The German national team's players were put under police protection.

Ms Merkel had been set to attend along with other government ministers in a show of solidarity with France, just four days after the deadly attacks in Paris.

Two Dutch government ministers attending the match - Defence Minister Jeanine Hennes and Health and Sport Minister Edith Schippers - were on their way to the airport to return home.

The German team had initially not wanted the game to go ahead after having played against France in Paris on Friday as a wave of attacks hit the city, killing 129 people.

The contingent of 80 Germans, including players, coaches and staff, then spent the night holed up in the changing rooms of the Stade de France stadium as the attacks took place across the capital, before leaving straight for the airport on Saturday morning.

But the players, coaches as well as the national football association then decided to go ahead with the game in a show of unity with the French.

Belgium's friendly with Spain on Tuesday in Brussels was called off on Monday because of security fears in the wake of attacks in Paris.

England's match against France at Wembley on Tuesday night is going ahead, with tributes to be paid to the 129 people killed in Paris on Friday.