Information is emerging about some of the 129 people killed in the Paris attacks, while family and friends of those missing reach out via social media. 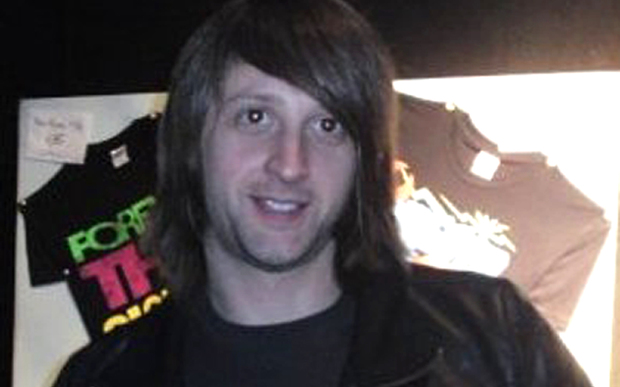 Islamic State has claimed responsibility for Friday night's attacks which killed 129 people and injured 352, with 99 people in a critical condition.

At least seven attackers opened fire and used explosive devices at seven locations across Paris, including a concert hall, restaurants, bars and outside a stadium.

About 89 people were killed and many more wounded at the Bataclan concert hall, where metal band Eagles of Death Metal were playing.

The band's merchandise seller Briton Nick Alexander was among those killed, the UK Foreign Office and his family have confirmed.

In a statement, his family said: "Nick was not just our brother, son and uncle, he was everyone's best friend - generous, funny and fiercely loyal.

"Nick died doing the job he loved and we take great comfort in knowing how much he was cherished by his friends around the world."

We have some horrible news. Our friend Nick Alexander was killed in the attacks yesterday... https://t.co/OWhLhjI8Ba pic.twitter.com/y615Eb8sxl

Valentin Ribet, a French lawyer who had studied in London, was one of the first victims confirmed dead.

The hashtags #rechercheParis (searching Paris) and #rechercheBataclan are being used widely to circulate the names and photos of the missing. There is also a Twitter account: @recherche_Paris.

English "Please get this out there!She was rushed to hospital without her ID Family looking 4 her" #rechercheParis https://t.co/KhDdx4GCBo

#RechercheParis Quentin Boulanger at Bataclan last night. no news since. If you have any intel, please reach out. pic.twitter.com/Ysw5OZpZfQ

Names of the dead are being shared on social media and by regional news organisations. They include:

Djamila Houd, 41, originally from Dreux, west of Paris - "All the mothers of families share Djamila's mother's pain," the local newspaper said (in French).

Thomas Ayad, 34, from Amiens - he worked for Mercury Records, a division of Universal Music France, and was at the Bataclan with two colleagues. The amateur hockey club he played for said on its Facebook page it would hold a minute's silence for him on Sunday.

Universal Music France president Pascal Negre named the other two employees killed as Marie and Manu on Twitter, but did not provide their surnames.

A man nicknamed "Dado", 44, from Ceyrat in the central Auvergne region. The man, who worked for the tax office and was unmarried, was at the Bataclan, France 3 reported.

French footballer Lassana Diarra revealed on Twitter that he had lost his cousin, Asta Diakite, in one of the shootings. He said she was like a "big sister" to him. Mr Diarra was playing in the football match against Germany at the Stade de France on Friday night, the scene of one of the attacks.

Cedric Mauduit, a local council official from Calvados in Normandy - he was at the Bataclan with five friends.

Mathieu Hoche, a journalist for the France 24 TV news channel, died at the Bataclan. He was young and had a six-year-old son, a colleague tweeted.

Quentin Boulanger, 29, originally from Rheims but had lived in Paris for several years - he was at the Bataclan.

Guillaume B Decherf, a journalist with Les Inrocks magazine, was at the Bataclan. The father of two had written about the Eagles of Death metal's latest album, Les Inrocks said.

Lola Salines was at the Bataclan. Her father confirmed her death on Twitter, after using the platform to try and find her.

Elodie Breuil, 23, was at the Bataclan concert with friends, Time magazine reported.

The London School of Economics (LSE) said one of its graduates had been killed. Valentin Ribet, who graduated from the master's in law programme in 2014, had been working in Paris.

His profile on LinkedIn said he was an associate in criminal law and white-collar crime, at the law firm Hogan Lovells.

Nohemi Gonzalez, a 23-year-old US student from California was killed in the attacks, her university said in a statement. She was studying at the Strate College of Design in Paris.

Ms Gonzalez was with a group of students at a restaurant when she was shot during the attack, said university spokeswoman Terri Carbaugh.

Another California student also was shot and wounded, but was able to flee the restaurant, Ms Carbaugh said. The woman later watched as Ms Gonzalez was carried out on a stretcher.

Belgium said two of its citizens were among the dead but but gave no details.

One Swedish national was killed and others injured, Sweden's foreign minister told Swedish television (in Swedish).

Mexico's government said two of its citizens were among the dead, the Associated Press reported. The foreign ministry has not said where the two women were killed in Friday night's attacks across the French capital. It also hasn't released their identities but said one had dual Mexican-US citizenship and the other held Mexican-Spanish citizenship.

Two Tunisian women, sisters from near Bizerte, aged 34 and 35, were also killed, BFM TV said. They were celebrating a female friend's birthday.

Two Chileans died in the attacks, Chile's foreign ministry said, without giving details about where they died. One of the dead was Paris resident Luis Felipe Zschoche Valle, the other was Patricia San Martin, described in the statement as a "Chilean exile" and the niece of Chile's ambassador to Mexico, Ricardo Nunez. Her daughter, French citizen Elsa Veronique Delplace San Martin, was also killed, the ministry said.

A 63-year-old Portuguese man who had emigrated and lived in Paris was confirmed dead by the Portuguese government. He was killed in one of the explosions near the Stade de France.

A Facebook page, Je Suis Charlie, set up after the deadly Charlie Hebdo attacks in Paris in January, is posting pictures and asking for information about people who have not been seen since Friday evening.

New Zealand's Ministry of Foreign Affairs has confirmed no New Zealanders were killed or injured in the attacks.