France will pursue its intervention in Syria with the aim of striking Islamic State despite the deadly Paris terror attacks, Prime Minister Manuel Valls says.

Islamic State has claimed responsibility for Friday night's wave of attacks which killed 129 people and injured 352 at a concert hall, bars and restaurants in Paris and near the Stade de France at Saint-Denis to the north of the city. 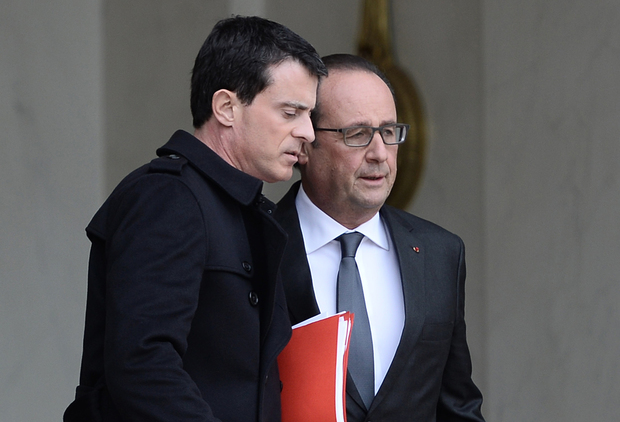 France is a founder member of the United States-led coalition waging air strikes against Islamic State in Syria and Iraq.

French terrorism expert Jean-Charles Brisard said at least one of the gunmen linked the attacks to the fighting in Syria and Iraq.

"One of the attackers at the Bataclan (concert hall) shouted that he was acting for what was happening in Syria, making a clear link with the situation there, which is also coherent with what the investigators here in France believe: that these attacks again expected against France are related to the context of Syria and Iraq."

The government planned to extend a state of emergency imposed across the country yesterday to give authorities expanded resources to combat "a very well organised" enemy, Mr Valls said.

The head of Germany's domestic intelligence services has called for "orderly procedures" regarding the handling of the daily entry of thousands of refugees to Germany, saying extremists could exploit the sometimes chaotic migration situation.

Greek government sources have said a second suspect among the gunmen was likely to have entered Europe through Greece.

Britain has raised its security, a spokesman for Prime Minister David Cameron said. The British border force was working with their French counterparts in light of the tighter border controls in France, the spokesman said.

The deadly attacks in Paris showed a new level of planning by IS, Mr Cameron said.

"It is clear that the threat from ISIL is evolving. Last night's attacks suggest a new degree of planning and coordination and a greater ambition for mass casualty attacks.

"And we must recognise that however strong we are, however much we prepare, we in the UK face the same threat."

Dutch Prime Minister Mark Rutte said the Netherlands would tighten security at its borders and airports, and said the Dutch were "at war" with Islamic State.

Belgium imposed additional frontier controls on road, rail and air arrivals from France and Belgian Prime Minister Charles Michel asked Belgians on Saturday not to travel to Paris unless necessary.

"Border control is absolutely critical," said Anthony Glees, director of the Centre for Security and Intelligence Studies at the University of Buckingham.

The United States was under growing political pressure to do more and it was expected to examine ways to intensify the campaign against IS, including through expanded air power. US Secretary of State John Kerry said the US has announced new military steps to take on IS.

The Paris attacks are likely to galvanise a stronger global military response to Islamic State, after a US-led air war of more than a year has failed to contain the group.

US officials said Washington will look in particular to European and Arab allies to step up their military participation in the war in Iraq and Syria. 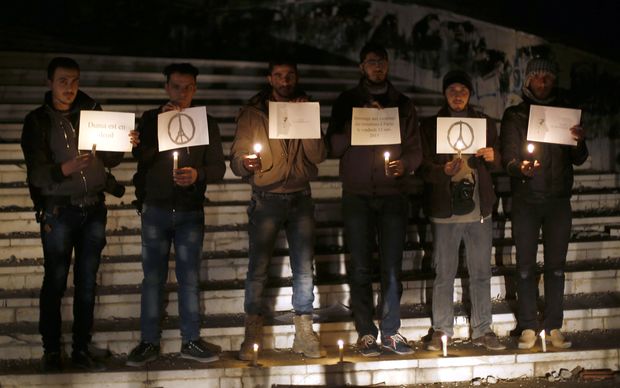 Syrians in Damascus pay respect to the victims of the attacks in Paris. Photo: AFP

In the past two weeks, there have been other major Islamic State-claimed attacks. Two explosions in suicide attacks in a Shi'ite Muslim district of southern Beirut in Lebanon killed 43, and 224 died when a Russian aircraft crashed in Egypt's Sinai Peninsula.

US Senator Dianne Feinstein, the top Democrat on the Senate Intelligence Committee, said it had become clear that Mr Obama's strategy of limited air strikes, coupled with support for ground forces in Iraq and Syria, were "not sufficient to protect our country and our allies".

"The fight is quickly spreading outside Iraq and Syria, and that's why we must take the battle to them," Ms Feinstein said.

Diplomats meeting in Vienna have agreed on a timeline for a political transition in Syria aimed at ending the country's civil war, a move given impetus by the events in Paris. 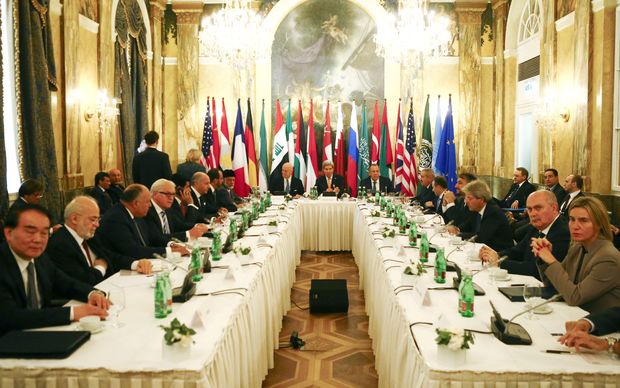 Foreign Ministers including Russia's Sergei Lavrov and John Kerry of the US attend a conference on Syria in Vienna. Photo: AFP

Despite disagreements over what would happen to Syria's President Bashir al-Assad and how to decide which opposition groups were considered terrorists, there was widespread agreement that progress was made at the talks.

Russian Foreign Minister Sergey Lavrov spoke of hopes to establish a unity government in Syria within six months, followed by elections in 18 months.

The process agreed on would see representatives of the opposition and of the regime in Syria come together for formal negotiations by 1 January 2016, and subsequently form a unity government leading up to presidential elections within 18 months.

US Secretary of State John Kerry said the civil war, now in its fifth year, had left one in 20 Syrians wounded or dead, and compelled one in five to flee the country. He said the chaos had also created a haven for terrorist organisations.

The five permanent members of the UN Security Council had agreed to pass a resolution in favour of a ceasefire in Syria, Mr Kerry said.

On Saturday, Russia and the United States seemed to turn a blind eye to their long-standing disagreement over Assad's fate. The West and its allies say he must leave office, while Moscow and Tehran support elections in which he could stand.

"We still differ, obviously, on the issue of what happens with Bashar al-Assad," Mr Kerry said.

"But we are relying on the political process itself, led by Syrians, which it will be going forward, and the Syrians negotiating with Syrians; that that can help bring a close to this terrible chapter."

Syrian President Bashar al-Assad has condemned the deadly attacks by Islamic State in Paris but said the West's "flawed" policies in Syria, especially those of France, were partly to blame.

COP21 to go ahead

French Foreign Minister Laurent Fabius has said an upcoming global climate conference in Paris at the end of the month will go ahead as planned. Draconian security measures are expected, with 80 heads of state due in Paris for COP21. 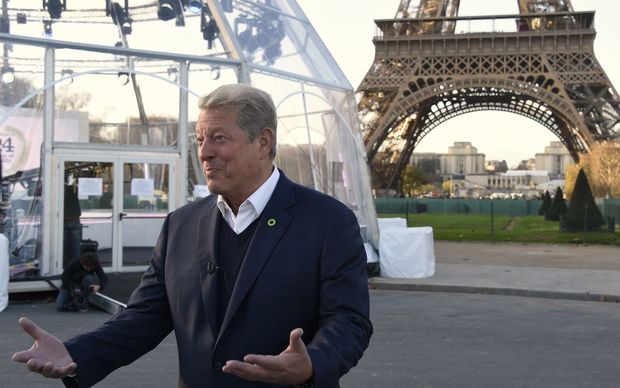 France was reportedly already on high alert for terrorist attacks in the lead up to the global climate conference, during which officials from 196 nations are expected to conclude a final agreement on reducing the greenhouse gas emissions implicated in global warming.

The conference will still be held "because it's an essential meeting for humanity," Prime Minister Manuel Valls said.

The summit would also be an opportunity for world leaders to show their solidarity with France after the attacks, he said.

About 118 world leaders were expected to attend the opening day of the conference, which will see an extra level of security put in place.

"Security at UN climate conferences is always tight, but understandably it will be even tighter for Paris," said Nick Nuttall, spokesman for the UN Climate Change Secretariat in Bonn.

The United Nations has the main responsibility for security inside the conference venue at Le Bourget, to the north of the capital.

Organisers of a march to press for climate action planned for Paris on the eve of the summit would meet "to discuss ways forward", said one of the organisers, Alice Jay (director of the citizens' campaign group Avaaz).

Organisers have been hoping to imitate a "People's Climate March" in New York last year that attracted hundreds of thousands of people, the largest protest against global warming in history.