A senior Vatican priest, stripped of his post after admitting being in a gay relationship, has launched a scathing attack on the Roman Catholic Church. 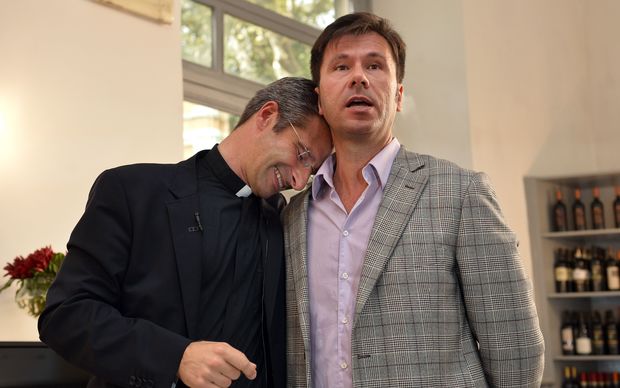 In a letter to Pope Francis this month, Krzysztof Charamsa accused the Church of making the lives of millions of gay Catholics globally "a hell".

He criticised what he called the Vatican's hypocrisy in banning gay priests, even though he said the clergy was "full of homosexuals".

Pope Francis has yet to respond.

Until the 3rd of October, Monsignor Charamsa held a senior post at the Vatican at the Congregation for the Doctrine of the Faith, the department that upholds Roman Catholic doctrine.

The Vatican immediately stripped him of his post after he held a news conference in a restaurant in Rome to announce that he was both gay and in a relationship. Roman Catholic priests are meant to be celibate.

At the time, the Holy See said the priest's decision to come out on the eve of the Vatican's synod on the family had been "irresponsible, since it aims to subject the synod assembly to undue media pressure".

The Polish priest released a copy of the letter he sent to the Pope, written the same day as the announcement, in which he criticised the Church for "persecuting" and causing "immeasurable suffering" to homosexual Catholics and their families.

He said that after a "long and tormented period of discernment and prayer", he had taken the decision to "publicly reject the violence of the Church towards homosexual, lesbian, bisexual, transsexual and intersexual people". 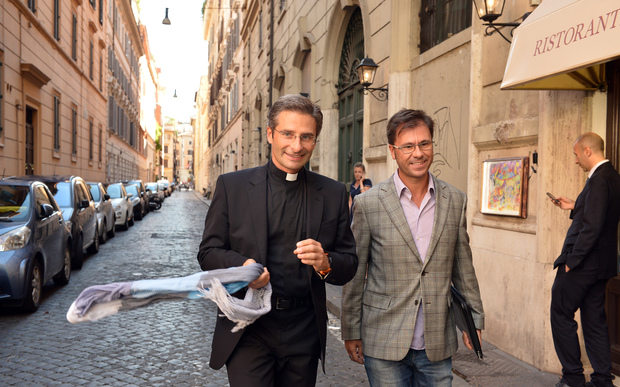 Father Krysztof Olaf Charamsa (left), who works for a Vatican office, arrives with his partner Edouard to reveal his homosexuality during a press conference Photo: AFP

The 43-year-old said that while the Roman Catholic clergy is "full of homosexuals", it is also "frequently violently homophobic", and he calls on "all gay cardinals, gay bishops and gay priests [to] have the courage to abandon this insensitive, unfair and brutal Church".

He said he could no longer bear the "homophobic hate of the Church, the exclusion, the marginalisation and the stigmatisation of people like me", whose "human rights are denied" by the Church.

The priest goes on to thank Pope Francis - who is thought to have a more lenient attitude on homosexuality than some of his predecessors - for some of his words and gestures towards gay people.

The Pope recently met a gay former student of his during his recent visit to the US, and has previously said that gay people should not be marginalised in society. 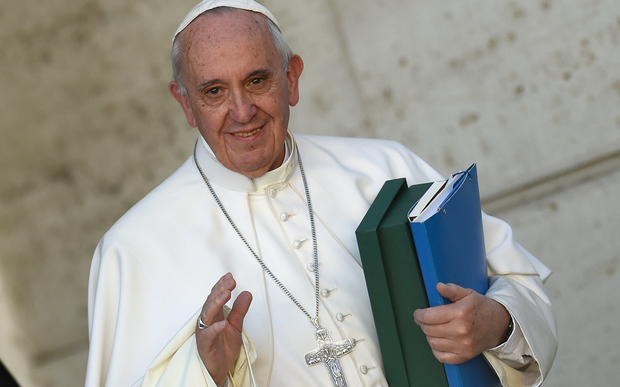 But Monsignor Charamsa said that the pontiff's words would only be worthwhile when all the statements from the Holy See that are offensive and violent against homosexuals were withdrawn.

He also urged the Church to annul a decision taken by his predecessor, Pope Emeritus Benedict XVI, to sign a document in 2005 that forbids men with deep-rooted homosexual tendencies from becoming priests.

The Polish priest terms "diabolical" Pope Benedict's statement that homosexuality was "a strong tendency ordered toward an intrinsic moral evil".

The priest writes that LGBT Catholics have a right to family life, "even if the Church does not want to bless it".

He later criticises the Vatican for putting pressure on states which have legalised equal or same-sex marriage.

He also expresses his fears about the impact his coming out may have on the treatment of his mother in Poland, "a woman of unshakeable faith", saying she bears no responsibility for his actions.

The synod ended on Sunday, but made no change to its pastoral attitude to gay Catholics.

The final document agreed by the Synod Fathers reiterated Church teaching that gay Catholics should be welcomed with "respect" and "dignity". But it restated that there was "no basis for any comparison, however remote, between homosexual unions and God's design for marriage and the family".

The synod voted through a paragraph saying that it was unacceptable for pressure to be put upon local churches over their attitude towards same-sex unions, or for international organisations to make financial help contingent on poor countries introducing laws to "allow or institutionalise" marriage between people of the same sex.