Pope Francis has made a surprise public apology for recent scandals "either in Rome or in the Vatican". 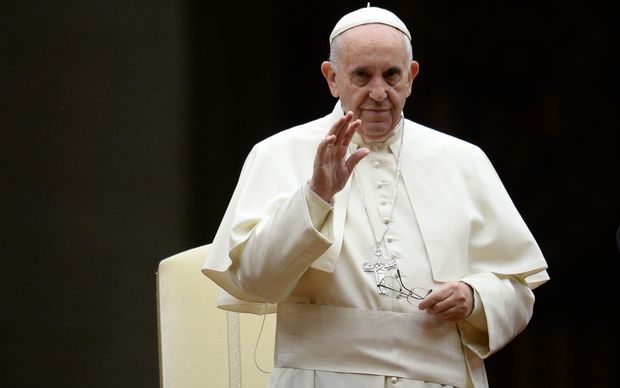 He made the apology at his weekly general audience in St Peter's Square, but did not specify which scandals.

He is thought to be referring to a senior Polish priest who was dismissed from his Vatican post after announcing he was in a gay relationship.

The Pope's spokesman said the pontiff had not been referring to the recent resignation of Rome's mayor.

Federico Lombardi admitted to reporters that the Pope's apology had been "broad and generic" but said it did not refer to "political" situations involving Mayor Ignazio Marino, who resigned earlier this week over an expenses scandal.

Father Lombardi said the Pope was referring to scandals in which there is a "responsibility of men of the Church".

He also said: "The word of Jesus is strong today, woe to the world because of scandals. Jesus is a realist. He says it is inevitable that there will be scandals. But woe to the man who causes scandals."

His words left Vatican observers scratching their heads in deciding exactly which scandals he meant.

Rome's mayor has come under criticism recently for the slow start in the city's preparations for the holy year due to begin in the second week of December. Millions of pilgrims are expected to travel to Rome for a series of Church events, and this will require extra policing and provision of accommodation and food and water, our correspondent notes.

But he was most likely referring to the announcement from Monsignor Krzysztof Charamsa - a theologian who had worked in the Vatican's doctrinal office since 2003 - earlier this month that he was a practising homosexal.

Msgr Charamsa, 43, said he was in a relationship and was "happy and proud" of his identity, and wanted to challenge the Church's "backwards" attitude to homosexuality.

His revelations came on the eve of a major meeting to define the Catholic Church's teaching on family, which would consider issues of homosexuality and contraception.

The Vatican called his actions "very serious and irresponsible" and stripped him of doctrinal responsibilities.

Rumours, accusations and denials about a so-called Vatican gay lobby circulated during the much-heralded meeting of bishops and cardinals from around the world.