The jury in Chris Cairns' perjury trial has heard a police interview in which the cricketer becomes increasingly distressed as he says he is struggling financially because of match-fixing allegations. 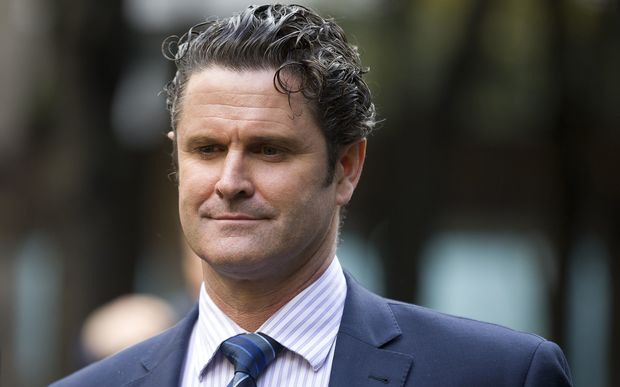 The former Black Cap is on trial in London accused of lying under oath about match-fixing during a libel suit he won in 2012.

In a police interview in April 2014, Detective Constable Lucy Wade asked Cairns why cricketer Lou Vincent and his former wife Eleanor Riley would make claims he had openly talked about taking part in match-fixing.

On the tape, Cairns said he did not want to sound like a "whack job" or "go into conspiracy theories", before telling officers of the toll the accusations were taking on him.

"Do you know how much s**t I'm in financially? I can't pay my bills, I have got rent backed up for two months…why didn't someone interview me about this when it broke? If you wanted clarity I will give you clarity."

Also in the interview, Cairns was asked whether he had approached New Zealand cricket captain Brendon McCullum in Kolkata in 2008 about spread betting, and whether he had drawn diagrams on paper to explain it.

Cairns said McCullum, who he often referred to as Baz, had misconstrued conversations.

"Baz is inquisitive and street smart ... yeah we talk about it but it was only ever in a context which is general. I don't remember anything about writing it down on a piece of paper."

The police asked Cairns why he had approached Vincent for a statement in support of his 2012 libel case and whether he had offered him any money for it.

Cairns said Vincent, his former team-mate in the Chandigarh Lions, was a logical person to ask and he had thought he would send through a statement as he there was "never any reason for Lou Vincent to not."

However, he said he was concerned Vincent was "looking for remuneration."

Vincent has previously told the court he never provided a statement because he did not want to lie in a legal document.