Republican presidential candidate Donald Trump says he got his start in business with a "small" $1m loan from his father. 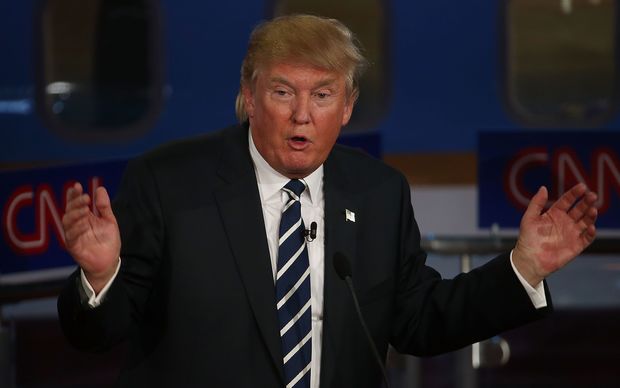 Donald Trump was loaned $1 million by his father Photo: AFP

Speaking at a town hall meeting in New Hampshire, voters asked the flamboyant businessman to show some humility and common ground with average Americans.

Mr Trump said he "often drives himself" and recently ate at McDonald's.

His father Fred was a successful real estate developer who gave him seed money to begin investments.

"It has not been easy for me," said Mr Trump.

The town hall's host, NBC's Matt Lauer, said most people would not consider that a small amount.

One woman at the town hall said some would only vote for him if he would "eat a piece of humble pie once in a while", to which Mr Trump responded that doing so would expose weaknesses to foes like Russian President Vladimir Putin.

Opponent Ben Carson, a former neurosurgeon, has been gaining on Mr Trump in some polls.

In the last few days, he has been on the receiving end of attacks from the billionaire businessman, who says Mr Carson is "low energy".

Voting in the party primary contests begin in February and the presidential election is in November.