Israel and Jordan have agreed on moves aimed at reducing tensions surrounding a prominent holy site in Jerusalem, US Secretary of State John Kerry says. 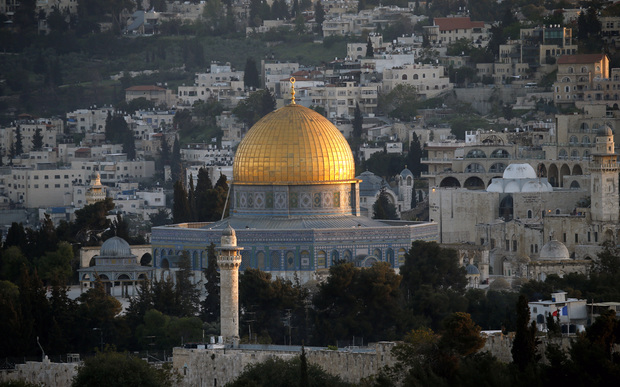 A picture taken on April 14, 2014 at the sunset shows the golden Dome of the Rock in the compound known to Muslims as al-Haram al-Sharif (Noble Sanctuary) and to Jews as the Temple Mount in Jerusalem's old city. Photo: AFP

Issues relating to the complex have been at the centre of fresh violence between Israelis and Palestinians.

Mr Kerry was speaking after talks in Jordan, the formal custodian of what is known to Jews as the Temple Mount and as Haram al-Sharif to Muslims.

Israel had renewed a pledge to maintain existing rules there, he said.

In the latest upsurge of violence, at least eight Israelis have been killed and dozens wounded in knife or gun attacks by Palestinians, following rumours that Israel was planning to change the rules - something Israel denies.

About 50 Palestinians, including several of the attackers, have been killed in recent weeks. 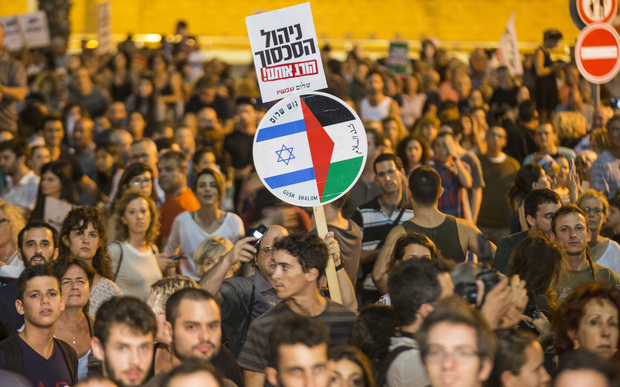 Mr Kerry, who is on a tour of the region, met Palestinian leader Mahmoud Abbas and King Abdullah of Jordan in Amman on Saturday.

"All the violence and the incitement to violence must stop. Leaders must lead,'' Mr Kerry told reporters.

The steps he announced included round-the-clock video monitoring and Israel's agreement to reaffirm Jordan's historic role as custodian of the religious complex. 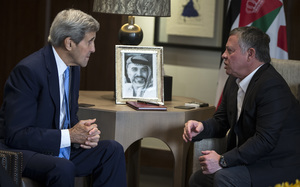 US Secretary of State John Kerry (L) holds a meeting with Jordan's King Abdullah II at the Royal Palace in the Jordanian capital, Amman. Photo: AFP

"There are serious additional issues, security and otherwise, between Israelis and Palestinians that must be addressed, but we've agreed that this is a first step to creating some space in order to allow us to resume those steps and that dialogue," he said.

Mr Kerry met Israeli Prime Minister Benjamin Netanyahu on Thursday, and said the talks had raised ideas that were worth exploring.

Later on Saturday, Mr Kerry will travel to Saudi Arabia for talks with regional leaders.

In the latest violence, Israeli police said they shot dead a Palestinian attacker in the northern West Bank early on Saturday.

"A terrorist, who arrived armed with a knife, tried to stab a security guard at the site. In response, the terrorist was shot by the security force," it said, according to AFP news agency.