Having more than 11 moles on one arm indicates a higher-than-average risk of skin cancer or melanoma, research suggests. 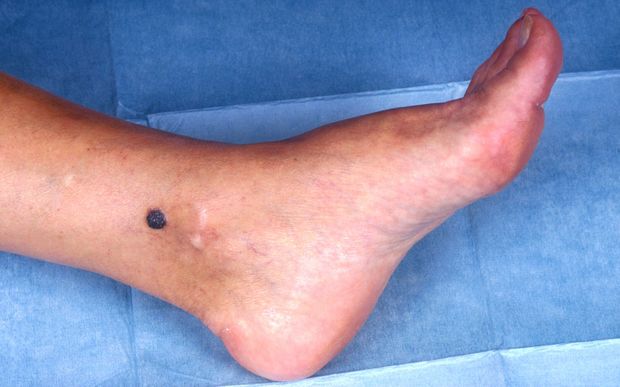 Counting moles on the right arm was found to be a good indicator of total moles on the body, with more than 100 indicates five times the normal risk.

The study, published in the British Journal of Dermatology, used data from 3000 twins in Britain.

GPs could use the findings to identify those most at risk, it said.

Melanoma is a type of skin cancer which develops from abnormal moles, so the risk of being diagnosed with a melanoma is linked to the number of moles a patient has.

Researchers from King's College London studied the female twins over eight years, collecting information on skin type, freckles and moles on their bodies.

After repeating the exercise on a smaller group of about 400 men and women with melanoma, they came up with a quick and easy way to assess the risk of skin cancer.

Females with more than seven moles on their right arm had nine times the risk of having more than 50 on their whole body.

Those with more than 11 on their right arm were more likely to have more than 100 on their body in total, meaning they were at a higher risk of developing a melanoma.

The findings could help GPs to identify those with an increased risk of developing a melanoma.