Thousands of patients who need specialist care by dermatologists for skin conditions fail to receive it, according to a doctors' union. 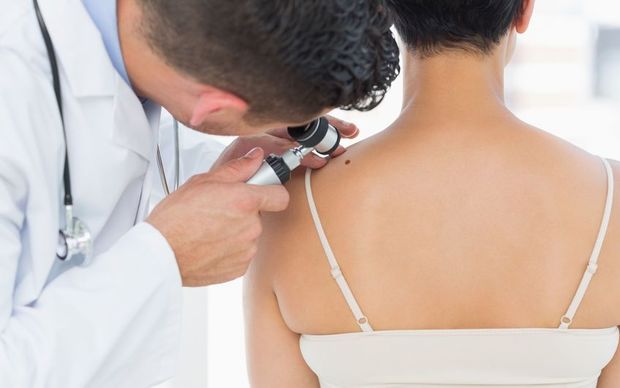 A report on the Health Ministry's website says access to publicly funded dermatology services in New Zealand is very limited and varies greatly across district health boards and regions.

Association of Salaried Medical Specialists executive director Ian Powell said many people with skin problems were turned away and that was a disgrace for a country like New Zealand.

"There are thousands of patients who need the skill of a dermatologist who are not receiving it, for example if you take a very busy hospital, Middlemore Hospital in South Auckland, they're turning away about a third of the people who actually need to be seen by a dermatologist."

The report says as well as variation across regions and DHBs, the range of dermatology treatments offered varies as well, and stronger training and academic capacity is required to enhance the service in New Zealand.

The report says New Zealand needs a minimum of one dermatologist per 100,000 people.

As services are increasingly being delivered outside of the hospital setting, there is a need for more education for general practitioners through better integration with public dermatologists, it says.

Dermatologists are experts in the diagnosis and treatment of skin conditions, including skin cancer which killed 445 New Zealanders in 2009 - a rate among the highest in the world. They require a minimum of 13 years' training before registration.

Darion Rowan, a consultant dermatologist at Middlemore Hospital, chaired the group that produced the report. She said skin was the largest organ in the body and was subject to many different skin conditions, including many known as inflammatory diseases, and skin cancers.

"We have probably the highest incidence of melanoma in the world, very similar to the incidence in Australia, and a lot of non-melanoma skin cancer, but it's the inflammatory skin diseases which need our expertise I believe from management but also for diagnosis."

Dr Rowan said New Zealand needed as many as 30 more full-time equivalent dermatologists in hospitals by 2020. She added many people who could not afford to see a dermatologist privately wait long periods or go without.

"About 20 or 30 percent of children have eczema. Those children, even if the eczema is mild are disturbed by itch, bleeding, unsightliness, embarrassment, they lose sleep, they lose school."

Family doctors do what they can in the absence of more dermatologists, but Dr Oakley said there was a cost, and that while GPs and others such as general surgeons recognise and remove melanomas, some way be removed unnecessarily, such as harmless moles or freckles.

A 20-year-old Aucklander, Sean, said he was grateful to be being looked after by a dermatologist since he developed painful eczema at age two. Since then he has been hospitalised many times with flare-ups when eczema affects his joints, making it difficult to move.

He said about 70 percent of his skin was affected, including his face, by areas on the outside of his skin that look like scabs, scratches or grazes.

"They open up when you scratch them. Most of the damage is done over the night, subconsciously, and when you wake up all these grazes and scabs are open and weeping and sometimes bleeding. And it's hard to move."

A Hawke's Bay dermatologist, Ian McQuillan, was the sole specialist serving the region from East Cape to central Hawke's Bay until he retired from the public system in late 2011.

"There are many people who because of the system that's operating at the moment just can't afford to be seen in private and have to wait too long to be seen in the public system," he said.

"We certainly have a situation of severe shortage in the public sector and we need to address this, but it needs to be addressed collectively and it needs to include the participation of the dermatologists in this."

"It requires dermatologists, SMOs [senior medical officers] to be present in DHBs to be able to train dermatology trainees, it requires a commitment on the part of DHBs to fund the salary and that against other priorities that they may have in terms of both training and service delivery. It also requires an interest on the part of trainees to go into dermatology."