Donald Trump has been criticised for failing to correct a supporter who said President Barack Obama is a Muslim and - quote- "not even an American". 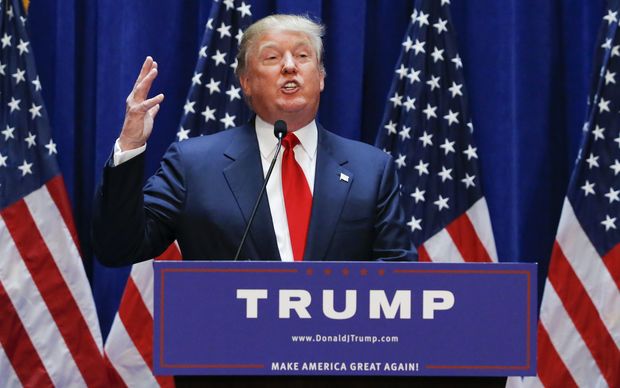 Donald Trump announces his bid for the US presidency in the 2016 presidential race. Photo: AFP

The Republican presidential contender sought to laugh off the comment at a campaign rally in New Hampshire, and did not address it directly.

Mr Obama, who has spoken openly about his Christian faith, was born to an American mother and Kenyan father in Hawaii.

In 2011 Mr Trump challenged him to produce his birth certificate to disprove rumours that he was born in Kenya, which the president did.