The French foreign minister says any future global treaty on climate change must be worded in such a way as not to need the approval of the United States Congress. 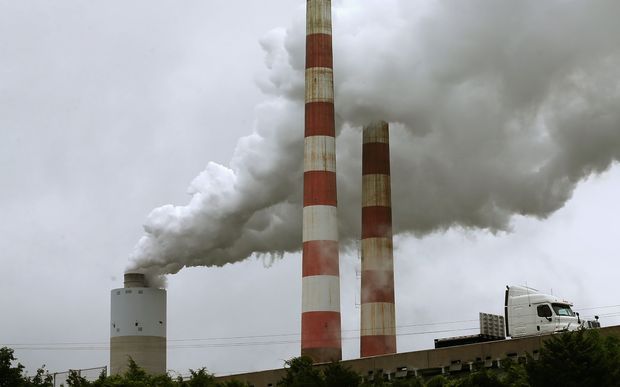 Laurent Fabius told delegates at a preparatory United Nations climate conference in Germany that an agreement with legally binding limits on greenhouse gas emissions would be rejected by Congress because of domestic political considerations. 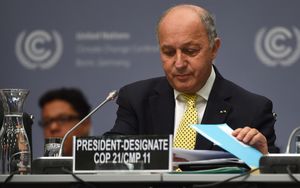 Laurent Fabius said it was essential to lock in consensus. Photo: AFP

Mr Fabius, in a speech at the start of an 11-day round of 195-country talks, said it was essential to lock in consensus before a climate conference to be held in Paris at the end of the year.

"The goal is for us to reach a pre-agreement as early as October" in negotiations for a pact to tackle climate change, Mr Fabius said. To spur progress he would would organise ministerial-level meetings in July and September, though he did not say which countries would attend.

Mr Fabius will host a summit in Paris, from 30 November to 11 December, intended to seal a historic agreement to limit global warming to two degrees Celsius over pre-industrial levels.

At the core of the planned agreement are national commitments to reduce levels of greenhouse gases blamed for damaging Earth's delicate climate system, but many areas of the accord remain to be negotiated.

They include reviews of progress to ensure the planet stays on a two degrees Celsius trajectory, the legal status of the agreement and finance for poor countries most exposed to climate impacts.