Record-breaking temperatures scorched the planet last year, making 2014 the hottest in more than a century and raising new concerns about global warming.

The report by scientists at the National Oceanic and Atmospheric Administration (NOAA) was confirmed by an independent analysis from the US space agency NASA that reached the same conclusion.

"Record warmth was spread around the world," said the NOAA report. 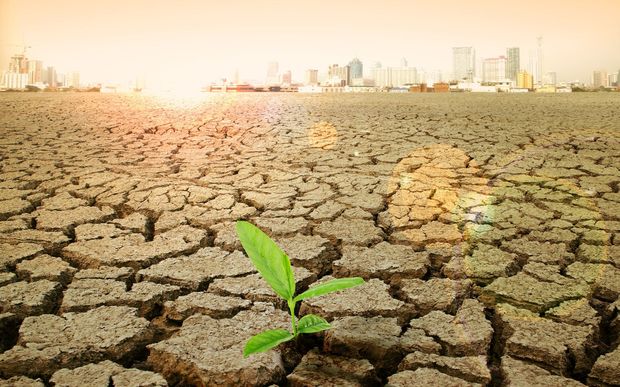 Last year was the planet's hottest since records were first kept in 1880. Photo: 123RF

"The globally averaged temperature over land and ocean surfaces for 2014 was the highest among all years since record keeping began in 1880."

Record cold for the year was apparent only in some parts of the eastern and central United States.

"It's particularly striking that we set a global temperature record despite the fact that there was a sputtering El Nino, an ocean condition that brings warmer weather," said Brenda Ekwurzel, a senior climate scientist at the Union of Concerned Scientists.

"Long-term, we can expect this record to be broken again and again."

When land and sea surfaces were analyzed separately, they each broke records.

Globally averaged sea surface temperature was the highest ever, at 0.57 C above the 20th century average.

Land surface temperature was 1.00°C above the 20th century average, marking the fourth highest in history.

When it came to snowfall, NOAA found that average annual snow in the northern hemisphere was 24.95 million square miles, "near the middle of the historical record."

The first half of 2014 saw less snow than normal, but the second half saw more than average.

Sea ice continued to decline in the Arctic, depriving polar bears of habitat and driving global warming changes that are felt in distant corners of the world.

The average annual sea ice extent in the Arctic was 10.99 million square miles, the sixth smallest in the 36 years that experts have on record.

Meanwhile, sea ice in the Antarctic reached record highs for the second year in a row, at 13.08 million square miles, NOAA said.

December also broke records, with the highest combined land and ocean average surface temperature for any December in modern history.

No pause to warming

Environmentalists said the report offers more evidence that humans are driving the warmth by burning fossils fuels that boost harmful greenhouse gases in the atmosphere.

"There is mounting evidence all around the world that the Earth is warming and the climate is changing in response to rising levels of greenhouse gases in the atmosphere," said Bob Ward, policy and communications director at the Grantham Research Institute on Climate Change.

"The record temperatures last year should focus the minds of governments across the world on the scale of the risks that climate change is creating," he added calling for an international deal "to strongly reduce greenhouse gas emissions, to be reached at the United Nations climate change summit in Paris in December 2015."