UN Secretary-General Ban Ki-moon has called for world leaders to act on climate change following the latest stark warning from scientists on its severe and irreversible effects.

The United Nations Intergovernmental Panel on Climate Change (IPCC) has released a major summary of its last three reports, saying greenhouse gas emissions must be virtually eliminated by the end of the century. 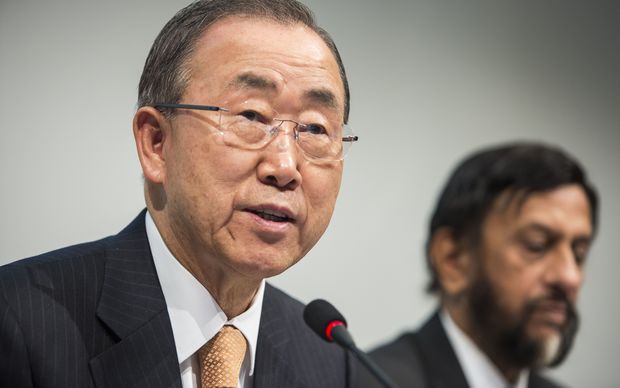 The IPCC report said emissions of three key greenhouse gases were at their highest in more than 800,000 years - the recent increases being mostly due to the burning of fossil fuels.

It said earth was now on a trajectory for at least 4 degrees Celcius warming by 2100 over pre-industrial times - a recipe for worsening drought, flood, rising seas and species extinctions.

Most of the world's electricity can, and must, be produced from low-carbon sources by 2050 or the world faces "severe, pervasive and irreversible" damage, it said.

UN Secretary-General Ban Ki-moon said science had spoken. "There is no ambiguity in their message. Leaders must act. Time is not on our side."'

"The report found that the world is largely very ill-prepared for the risks of changing climate especially the poor and most vulnerable who have contributed least to this problem," he said. 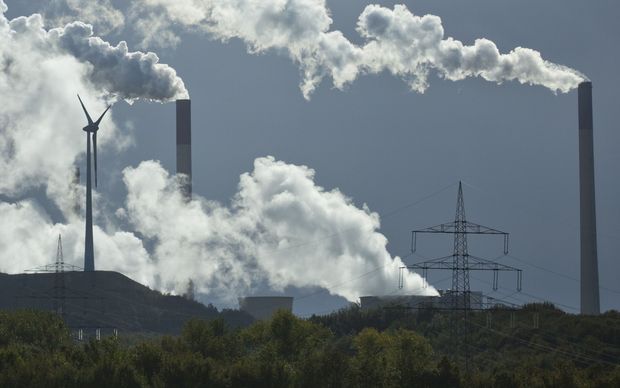 The IPCC report said electricity must be produced by low-carbon sources by 2050. Photo: AFP

The authors say that reducing greenhouse gas emissions is crucial if global warming is to be limited to 2C - a target acknowledged in 2009 as the threshold of dangerous climate change.

The report suggests renewables will have to grow from their current 30 percent share to 80 percent of the power sector by 2050.

The report - the first overview by the organisation since 2007 - comes ahead of talks in Lima next month to pave the way to a 2015 global pact in Paris to limit warming to 2C.

But the negotiations have been hung up for years over which countries should shoulder the cost for reducing carbon emissions, which derive mainly from oil, gas and coal - the backbone of the world's energy supply today.

The report said switching to cleaner sources, increasing energy efficiency and carrying out other emission-mitigating measures would be far cheaper than the cost of climate damage.

The bill today for doing this is affordable, but delay would cause it to rise substantially for future generations.

"The scientific case for prioritising action on climate change is clearer than ever," IPCC chief Rajendra Pachauri said.

"We have little time before the window of opportunity to stay within 2C of warming closes. To keep a good chance of staying below 2C, and at manageable costs, our emissions should drop by 40 to 70 per cent globally between 2010 and 2050, falling to zero or below by 2100."

The IPCC said mitigation cost estimates vary, but global economic growth would not be strongly affected. It estimated that "ambitious" carbon curbs would shave 0.06 percentage points annually from global consumption this century, which is targeted to grow by 1.6-3.0 per cent annually.

"The message that comes out very strongly is ... don't give up on mitigation. There's technological solutions but we've got to keep our emissions low, we've got to essentially bring them to zero, we've got a hundred years to do that."

Tim Naish said in the meantime the planet was woefully unprepared for climate change.

The director of the Climate Change Institute at Victoria University, David Frame, told Nine to Noon a temperature rise of four degrees by the end of the century, as predicted by the report, would have catastrophic effects.

"Cities are definitely on the front line of this, and I think especially tropical cities."

Mr Frame said the call to have 80 percent of the world's energy produced by renewable sources is optimistic.