NASA has warned that part of the Antarctic ice-sheet appears to be in what it calls irreversible decline with serious consequences for the world's sea levels.

Researchers analysed 40 years of observations of six big ice streams draining into the Amundsen Bay and concluded that nothing can stop them melting away.

Although these are abrupt changes - in terms of geological time - the timescales involved are likely measured in centuries. 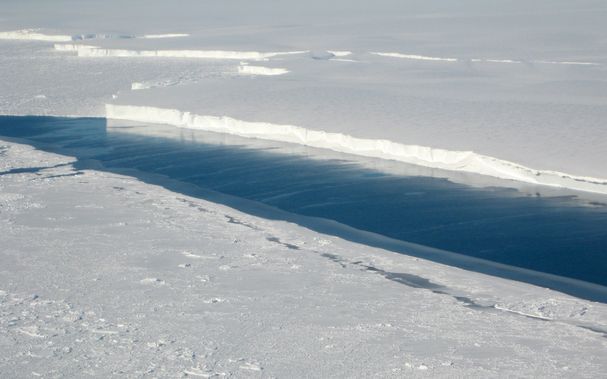 The BBC reported Amundsen Bay had some of the biggest and fastest moving glaciers on Earth.

Scientists said sea levels could rise 3m to 5m over hundreds of years as a result.

The new study has been accepted for publication in Geophysical Research Letters, a journal of the American Geophysical Union, but Nasa held a teleconference on Monday to brief reporters on the findings.

Prof Rignot said warm ocean water was relentlessly eating away at the glaciers' fronts and that the geometry of the sea bed in the area meant that this erosion had now entered a runaway process.

"We present observational evidence that a large section of the West Antarctic Ice Sheet has gone into a state of irreversible retreat; it has passed the point of no return," the agency glaciologist explained.

"This retreat will have major consequences for sea level rise worldwide. It will raise sea levels by 1.2m .... but its retreat will also influence adjacent sectors of the West Antarctic Ice Sheet which could triple this contribution to sea level."

The Amundsen Bay sector includes some of the biggest and fastest moving glaciers on Earth. 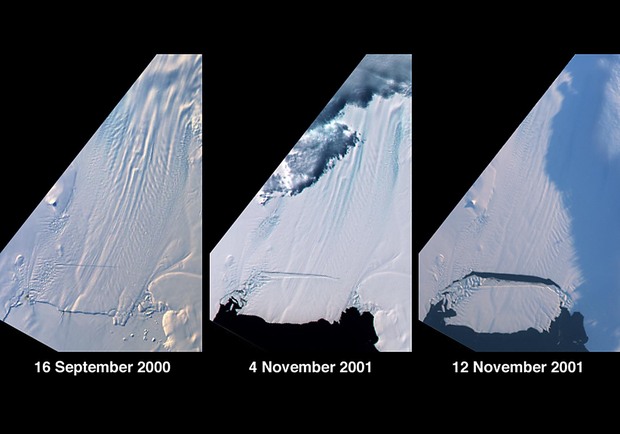 Pine Island Glacier (PIG), over which there had been intense research interest of late, covers about 160,000 sq km, or about two-thirds the area of the UK.

Like the Thwaites, Smith, Haynes, Pope, Smith and Kohler Glaciers in this region - the PIG has been thinning rapidly.

And its grounding line - the zone where the glacier enters the sea and lifts up and floats - has also reversed tens of km over recent decades.

What makes the group vulnerable is that their bulk actually sits below current sea level with the rock bed sloping inland towards the continent.

This is a geometry, say scientists, that invites further melting and further retreat.

The new study includes radar observations that map the underlying rock in the region, and this finds no ridge or significant elevation in topography that could act as a barrier to the glaciers' reverse.

"In our new study, we present additional data that the junction of the glaciers with the ocean - the grounding line - has been retreating at record speeds unmatched anywhere in the Antarctic," said Prof Rignot.

"We also present new evidence that there is no large hill at the back of these glaciers that could create a barrier and hold the retreat back. This is why we conclude that the disappearance of ice in this sector is unstoppable."

The researcher, who is also affiliated to the University of California, Irvine, attributed the underlying driver of these changes to global warming.

This, together with atmospheric behaviours influenced by a loss of ozone in the stratosphere, had created stronger winds in the Southern Ocean that were now drawing more warm water towards and under the glaciers.

Dr Tom Wagner, the cryosphere program scientist with Nasa, said it was clear that, in the case of these six glaciers, a threshold had been crossed.

"The results are not based on computer simulations or numerical models; they are based on the interpretation of observations," he told reporters.

"And I think this is an important point because this sometimes can get lost on the general public when they're trying to understand climate change and the implications." 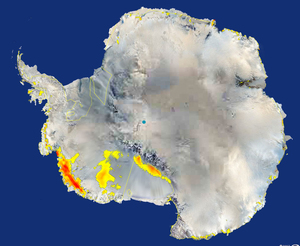 Professor Rignot and colleagues put no real timescales on events, but a paper released by the journal Science to coincide with the Nasa media conference tries to do just this.

It does include computer modelling and was led by Dr Ian Joughin, a glaciologist at the University of Washington's Applied Physics Laboratory. The study considers the particular case of Thwaites Glacier.

In the model, Dr Joughin's team is able to reproduce very accurately the behaviour of the glacier over the past 20 years.

The group then runs the model forwards to try to forecast future trends.

This, likewise, indicates that a collapse of the glacier is inevitable, and suggests it will most likely occur in the next 200 to 500 years.

Professor Andy Shepherd, from Leeds University, UK, is connected with neither Rignot's nor Joughin's work.

He told the BBC: "[Joughin's] new simulations are a game changing result, as they shine a spotlight on Thwaites Glacier, which has until now played second fiddle to its neighbour Pine Island Glacier in terms of ice losses.

"There is now little doubt that this sector of West Antarctica is in a state of rapid retreat, and the burning question is whether and how soon this retreat might escalate into irreversible collapse. Thankfully, we now have an array of satellites capable of detecting the tell-tale signs, and their observations will allow us to monitor the progress and establish which particular scenario Thwaites Glacier will follow."

"As soon as the satellite reaches its nominal orbit, we will turn its eye on Thwaites Glacier to see whether it has indeed changed as predicted."