Australian Prime Minister Tony Abbott has dismissed the idea of a referendum on same-sex marriage in his country, after Ireland voted in favour of amending the country's constitution on the issue. 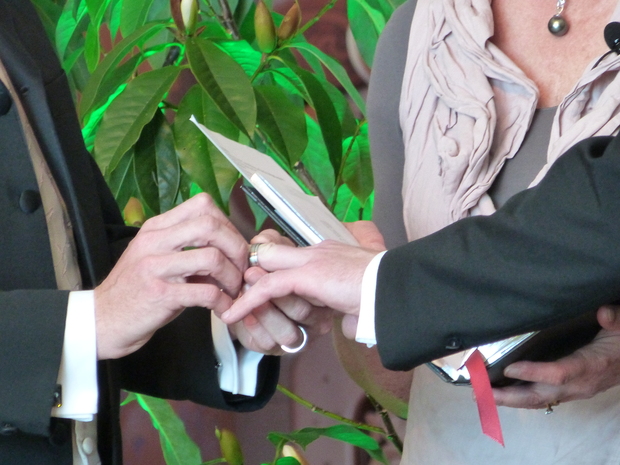 Mr Abbott said "questions of marriage are the preserve of the Commonwealth Parliament".

"Referendums are held in this country where there's a proposal to change the constitution," he said.

"I don't think anyone is suggesting the constitution needs to be changed in this respect."

Mr Abbott reiterated his opposition to same-sex marriage and said it is a matter for the Coalition party room to decide whether MPs get a conscience vote, should legislation come before parliament. 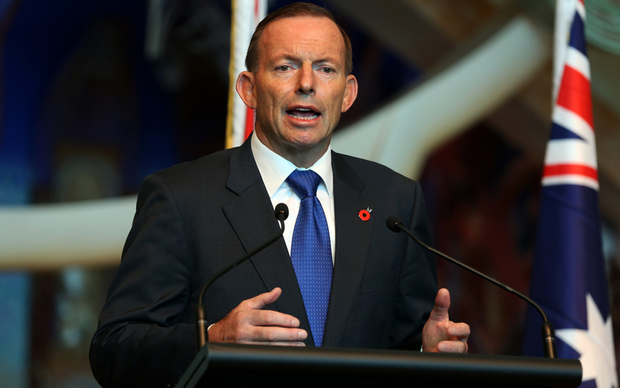 Opposition Leader Bill Shorten, who is in favour of marriage equality, said Mr Abbott now needs explain why the Government is unwilling to pursue the change.

"If the Irish people can vote in favour of marriage equality, the question has to be asked, what is Tony Abbott's problem with it?" he said.

"Most places in the world are dealing with marriage equality, why is Tony Abbott stopping Australia becoming a more modern nation?"

Abbott 'standing in the way of progress'

Louisa Wall, whose bill to legalise same-sex marriage in New Zealand was passed into law in 2013, said Mr Abbott was standing in the way of progress.

She said he held too much power, especially when public opinion in Australia favoured legalising same-sex marriage.

ACT Liberal senator Zed Seselja said he did not support gay marriage, but added there was a reasonable case for a referendum in Australia.

"If you're going to go down the path of pushing for such a fundamental change, then perhaps a referendum is the right way to go," he said.

But Mr Shorten said the issue would be most effectively dealt with in Parliament, rather that via a referendum.

"I support the Parliament resolving this issue. That would be the most effective way to do it," he said.

The Greens said the party would push for a vote on a bill for same-sex marriages to be recognised before the end of the year, saying it was time for Australia to catch up.

"There is nothing in the Australian constitution to prohibit same-sex marriage," Senator Sarah Hanson-Young said in a statement.

"A vote by parliament is all that is needed and Tony Abbott should allow his party a [conscience] vote on the subject.

"Cupid doesn't discriminate and neither should the law."

Senator Hanson-Young said Ireland's decision should entice those in Parliament who are currently sitting on the fence.

"I would hope that MPs who were perhaps unsure about the impact of this would be looking at the Irish vote and saying, if Catholic Ireland can get on board marriage equality then of course so should Australia," she said.

"I think what's happened in Ireland is going to be good for [the] potential of my bill to get through and get a positive vote," he told Sky News.

Australian Marriage Equality national convener Rodney Croome agreed a referendum was not necessary, because there were "no constitutional barriers to moving forward on marriage equality".

He said he hoped the result in Ireland would have a positive impact on the marriage equality debate in Australia.

"[It showed] increasing momentum, increasing support in parliament, quashing the old myth that Catholics and other people of faith are against marriage equality," he said.

"There's almost majority support for marriage equality in our federal parliament and our focus will be on persuading Tony Abbott and other coalition members to allow a free vote so that Australia can move forward in the same way that Ireland has.

"Australia is now the only developed, English-speaking country that doesn't allow same-sex couples to marry."

He said it will encourage other countries to look at similar laws.

"I think it'll put heat on all democracies that haven't actually adopted legislation in this area to actually have another look at it; I hope it does," he said.

"It seems to be marred in politics in Canberra, whereas if it went to a popular vote I have no doubt that it would be carried here."

Ireland is set to become the 19th country in the world to legalise gay marriage, and the 14th in Europe.

Around 3.2 million people were eligible to vote in Friday's referendum, and the national turnout was relatively high at over 60 percent.