About 3000 volunteer militia members in Iraq have begun moving against Islamic State (IS) militants, to try to recapture the strategic city of Ramadi.

The pro-government forces say they have retaken Husayba, east of Ramadi. 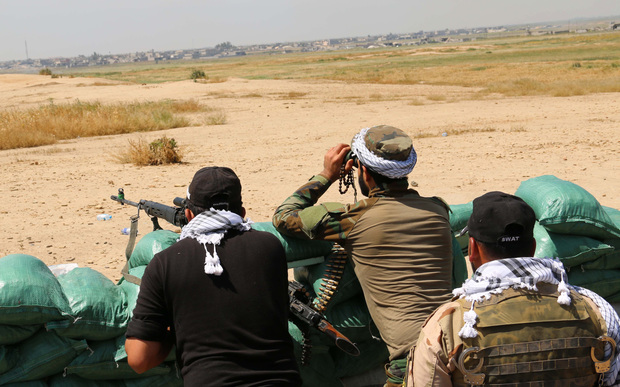 Ramadi - the capital of Anbar - is just 110 kilometres west of Baghdad.

Its fall last weekend was seen as a major embarrassment for the government, whose soldiers were driven out by 200 IS fighters, even though they outnumbered them 10-1.

BBC correspondent John Simpson, in Baghdad, has reported the army does not seem to be involved in today's operation. 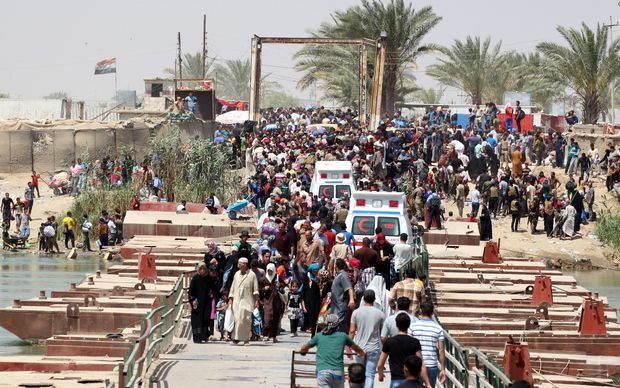 About a third of Ramadi's population is estimated to have fled the city. Photo: AFP

The Iranian-backed Shia Popular Mobilisation forces (al-Hashd al-Shaabi) launched their operation out of the Iraqi air base at Habbaniya, about 30 km from Ramadi.

A Sunni tribal leader in Anbar, Sheikh Rafia Abdelkarim al-Fahdawi, told AFP that his volunteers had also been deployed - in addition to police, special forces and army troops.

Iraqi police spokesmen told news agencies that IS militants had been driven from Husayba and it was now under the control of pro-government forces.

Ramadi's fall was a massive blow to the Iraqi army, to Prime Minister Haider al-Abadi and to the US, which had encouraged his policy of relying on the official armed forces and police and ruling out a role for the militias, the BBC's Jim Muir, in Beirut, said.

The Shia militias played a key role in re-capturing another mainly Sunni provincial capital, Tikrit, from IS at the end of March.

The province of Anbar covers a vast stretch of the country west from Baghdad to the Syrian border, and contains key roads that link Iraq to both Syria and Jordan.

In addition to Ramadi, IS militants have also seized the last Syrian government-controlled border crossing with Syria and, in Syria itself, the ancient city of Palmyra.

Some observers have said IS now controls 50 percent of Syria's entire territory - as well as a third of Iraq.

On Friday, Iraqi Deputy Prime Minister Saleh al-Mutlaq warned that fighting IS was no longer a "local matter" and called on the international community to act.

An international coalition has been carrying out air strikes against the militants in Iraq and Syria for months.