Islamic State (IS) militants in Syria have seized the ancient city of Palmyra and have entered the site containing prized ruins, reports say. 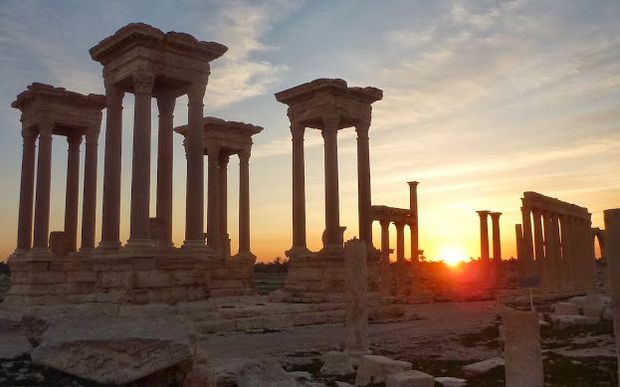 IS fighters are now in control of the ancient city of Palmyra. Photo: RNZ / Duncan Snelling

The Syrian Observatory monitoring group said there were no reports yet of any destruction of artefacts.

It said IS also controlled the nearby air base, prison and intelligence HQ. Syria has admitted it had pulled pro-government troops out of the city.

IS has previously demolished ancient sites in Iraq that pre-date Islam.

Syrian state media said pro-government forces had been pulled out of Tadmur, the modern settlement on Palmyra - a Unesco World Heritage site - after "assuring the evacuation" of most of its inhabitants.

The BBC's Jim Muir in Beirut said the population would normally number around 70,000, but it had recently been swollen by an influx of people displaced from other combat areas.

State media said IS had brought up reinforcements and was trying to break into the historic site on the southern side of the city to use it as a base and the BBC's correspondent said there seemed nothing to prevent the militants moving in there.

The Syrian Observatory for Human Rights also said that more than 100 pro-government troops were killed in overnight clashes around Palmyra.

Hundreds of Palmyra's statues have been moved to safety but large monuments from the ancient parts of the city could not be moved.

"This is the entire world's battle," said Syria's head of antiquities Maamoun Abdul Karim. He called on the US-led military coalition against IS to prevent the group destroying the ancient site.

Rising out of the desert, Palmyra contains the monumental ruins of a great city that was one of the most important cultural centres of the ancient world, according to Unesco, the UN's cultural agency.

The site, most of which dates back to the 1st and 2nd Century when the region was under Roman rule, is dominated by a grand, colonnaded street.

Unesco's Director-General Irina Bokova said she was "deeply concerned" by the situation.

"The fighting is putting at risk one of the most significant sites in the Middle East, and its civilian population," she said in a statement.

Palmyra is situated in a strategically important area on the road between the capital, Damascus, and the contested eastern city of Deir al-Zour, and is close to gas fields.

Taking control of the area would therefore be an important strategic gain for IS, said BBC Arab affairs analyst, Sebastian Usher.

But the world's focus is on the ruins and IS has taken pleasure in devastating and destroying similarly priceless, pre-Islamic archaeological treasures in Iraq, condemning them as idolatrous, he adds.

A United States-led coalition has carried out air strikes on the jihadist group's positions since September 2014. However, it says it does not co-ordinate its actions with the Syrian government.

Meanwhile, the US said it was sending 1,000 anti-tank missiles to the Iraqi government following the fall of Ramadi to IS.

A US state department official told reporters that the loss of the city would force Washington to take an "extremely hard look" at its strategy against the militants.

"You'd have to be delusional not to take something like this and say, 'What went wrong, how do you fix it and how do we correct course to go from here?'" the official said.