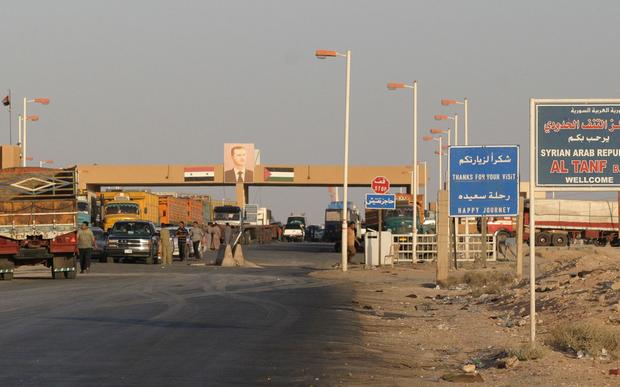 Government forces withdrew from al-Tanf - known as al-Waleed in Iraq - crossing as IS advanced, the Syrian Observatory for Human Rights (SOHR) said.

The loss of al-Tanf to IS follows the group's takeover of the ancient Syrian city of Palmyra on Thursday.

The US says that fighting the militants will be a "difficult challenge".

Islamic State now controls "more than 95,000 sq km" of Syria, which is 50 percent of the country's entire territory, the UK-based SOHR said.

The militants dominate the provinces of Deir al-Zour and Raqqa and have a strong presence in Hasakeh, Aleppo, Homs and Hama.

However, correspondents say there are large areas under IS control in the east that are not very significant strategically. 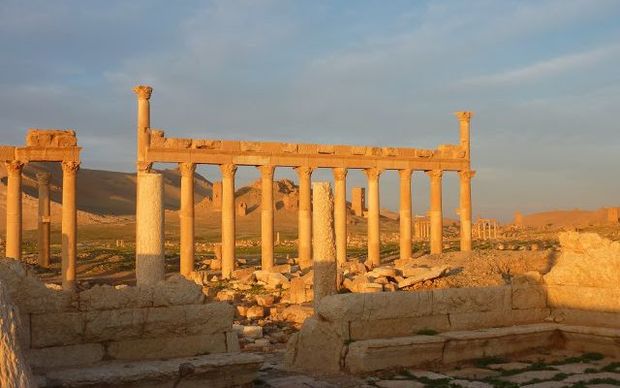 IS is reported to have taken over the ancient city of Palmyra. Photo: RNZ / Duncan Snelling

IS has also made significant gains in neighbouring Iraq, capturing the strategically-important city of Ramadi in Anbar province after weeks of fighting.

The BBC's Jim Muir said that the militants, demonstrating the extraordinary momentum they have shown in the past, have not been content to sit and savour the major gains they have made in recent days.

The seizure of al-Tanf, in Syria's Homs province, enables IS to link up its positions in east-central Syria more directly with the ground they hold in Iraq's western Anbar province, he noted. 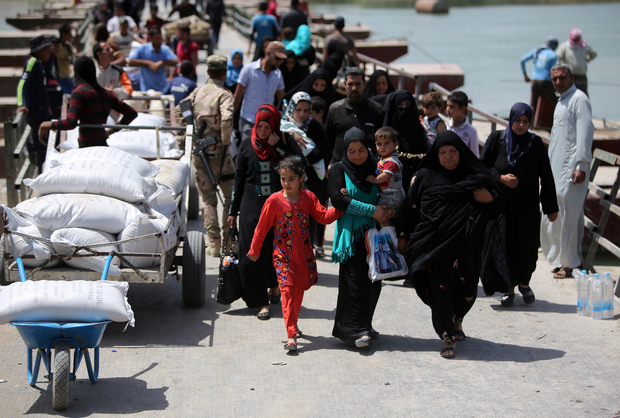 Residents who fled the violence in Ramadi reach the outskirts of Baghad (April 2015). Photo: AFP

Militants in Iraq are reported to be pressing eastwards from Ramadi down the Euphrates Valley towards Habbaniya where pro-government forces are massing for a proposed counter-attack on Ramadi.

If they take Habbaniya, IS will be close to linking up directly with Falluja, a city close to Baghdad which has been held by the Sunni militant group for well over a year despite repeated attacks by government forces, our correspondent says.

Iraq's Deputy Prime Minister Saleh al-Mutlaq warned that fighting IS was no longer a "local matter", and called on the international community to act.

"All the world will face this danger if there is not a clear strategy to fight Islamic State," he said.

The US and its coalition partners are carrying out strikes against IS in Syria and Iraq - they have carried out 18 air strikes on targets in Syria since Wednesday, US officials said.

The US has acknowledged recent IS gains are a "setback" for coalition forces, but President Barack Obama insisted the US is "not losing" the war with the group.

"There's no doubt there was a tactical setback, although Ramadi had been vulnerable for a very long time," he told The Atlantic in an interview published on Thursday.

"The training of Iraqi security forces, the fortifications, the command-and-control systems are not happening fast enough in Anbar, in the Sunni parts of the country."

White House spokesman Josh Earnest said the problem of IS was "not going to be solved overnight".

"Until we're able to build up local forces on the ground in Syria who can take the fight to Isil [IS] in their own country," he said, "this is going to continue to be a difficult challenge."

Meanwhile, the United Nations has expressed concern at reports that Syrian forces in Palmyra prevented civilians from leaving, ahead of its fall to Islamic State.

It said it was "deeply concerned" about the plight of those remaining in the area, amid reports of summary executions.

IS has also overrun the World Heritage site adjacent to the modern city, raising concerns about its future. The militants have previously demolished ancient sites that pre-date Islam.