Sea level rise accelerated faster in the past two decades than it did for the majority of the 20th century according to a new study. 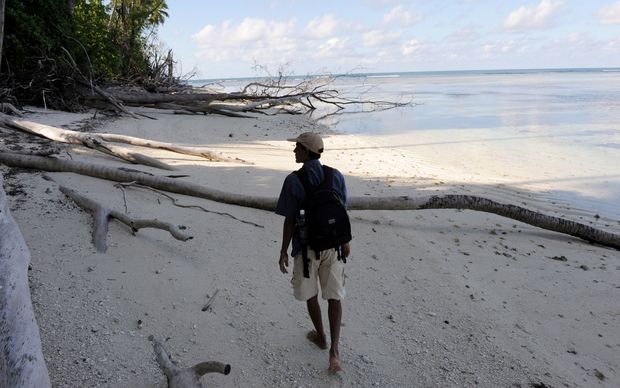 Denis Island in the Seychelles would be one of many islands affected by rising sea levels. Photo: AFP

The report, published in the journal Nature Climate Change, corrected an anomaly that had puzzled the scientific community for years.

Satellite data dating back to 1993 appeared to show sea level rise accelerating in the 1990s and then slowing over the following decade.

Over the past five years, researchers from the University of Tasmania have been using tide gauges to check the satellite data.

Lead researcher Christopher Watson said they now thought they had the answer.

"Now, once we make a correction for how much land motion is at the tide gauge, or how much it's moving up and down, we're able to get a better picture of the really small inaccuracies within the altimeter record."

He said the study suggested satellites marginally overestimated the rate of sea level rise in the first six years and that distorted the long-term picture.

Revised data suggested the rate of rise actually increased over the past 20 years.

"What we can see here is sea level clearly rising over the 20-year satellite altimeter record with acceleration in the record," said Dr Watson.

Report co-author John Church, a fellow of Australia's CSIRO science agency, said sea levels were predicted to rise by up to 98 centimetres in the next 85 years.

He said that would affect more than 150 million people living in low-lying coastal communities.

"If we have major mitigation, then we can limit that rise to be somewhere between 30 and 60 centimetres during the 21st century," he said.

He said that would require an urgent and significant reduction in greenhouse gas emissions and a big shift away from fossil fuels to renewable energy.