Scientists in Australia and China have a new understanding of how climate change and warming oceans are shrinking Antarctic ice shelves.

The ice shelves are disappearing faster than first thought and are melting from the bottom, shedding icebergs more frequently.

Rupert Gladstone from the Institute for Marine and Antarctic Studies (IMAS) said a team of researchers from China and Tasmania had been monitoring the calving, when ice shelves split and shed ice.

"The iceberg calving rate is much more rapid for these ice shelves that are being affected by ocean melt than we would have expected," he said.

"What we've done that's different to anything that's gone before is we've actually monitored - painstakingly, through thousands of satellite images - the actual change in position of the ice front," he said.

Tas van Ommen from the Australian Antarctic Division (AAD) said the focus has been on smaller ice shelves which were thinning more rapidly.

"These ice shelves that are already thinning are actually becoming vulnerable to the warm water that's melting underneath," he said.

The icebergs are measured in gigatonnes, 1,000 million tonnes of ice.

"If you want to imagine that in terms of an ice cube, it's an ice cube one kilometre in each direction," Dr Gladstone said.

Decay of the ice shelves increases the rate at which ice flows from Antarctica into the ocean.

"The icebergs that break off from the floating part of the ice shelf have no direct impact on sea level because they're already floating but the implications are for the grounded ice," he said.

"It's not catastrophic, the whole ice sheet isn't all going to slide off if we lose the ice shelves but it will speed up a bit."

Dr Gladstone said the findings were concerning for the longer term.

The Intergovernmental Panel on Climate Change's official prediction states the melting of Antarctica's ice sheets could raise sea levels by as much 18.5 centimetres over the next century.

But Dr Gladstone said the reality could be much worse.

"In the longer term, there's potential in Antarctica to raise sea level by several metres or possibly even several tens of metres but we do not know how long that's going to take and we do not know how much climate change will be needed to induce that," Dr Gladstone said.

"What we do know is that climate change is already affecting some of the ice shelves and there will be an increase in sea level rise due to this."

Researchers are using computer modelling to try to predict how climate change will impact on sea level rise. 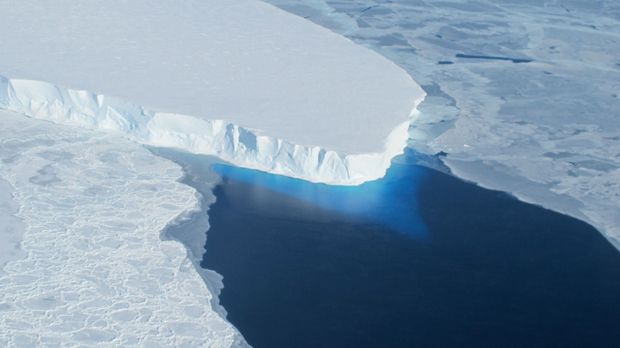