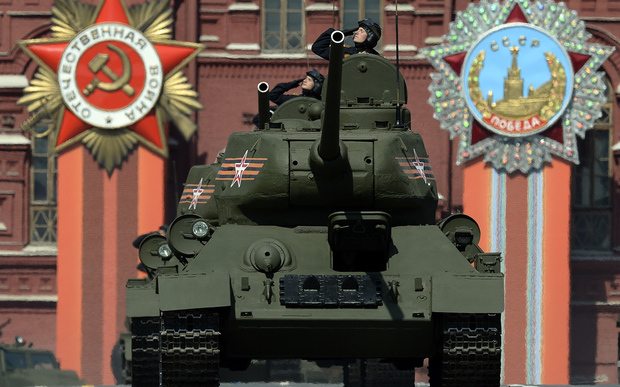 Thousands of troops marched across Red Square in Moscow, and new armour was displayed for the first time.

Many foreign dignitaries were present but most Western leaders stayed away because of Russia's role in Ukraine.

President Vladimir Putin said global co-operation had been put at risk in recent years. His Ukrainian counterpart accused him of justifying aggression.

Russia denies claims by the West that it is arming rebels in eastern Ukraine. More than 6000 people have been killed since fighting began in April 2014 in Ukraine's Donetsk and Luhansk regions.

In his opening speech, President Putin paid tribute to the sacrifices of Soviet troops during World War Two. He also thanked "the people of Great Britain, France and the United States for their contribution to victory".

But he added: "In recent decades the basic principles of international co-operation have been ignored ever more frequently. We see how a military-bloc mentality is gaining momentum."

The remarks echo previous complaints by Mr Putin about what he says are efforts by the US and its Nato allies to encircle Russia militarily. 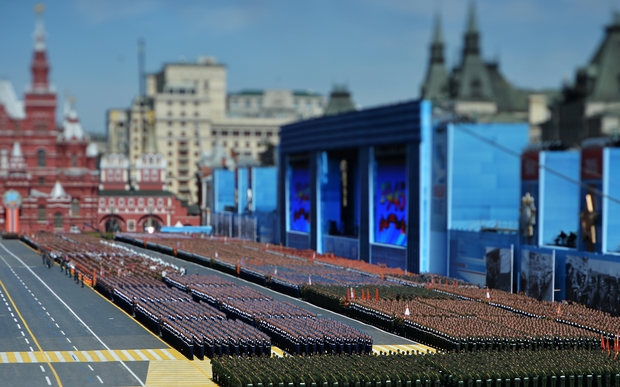 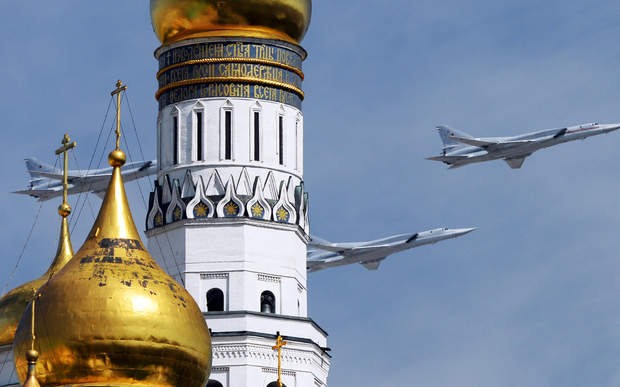 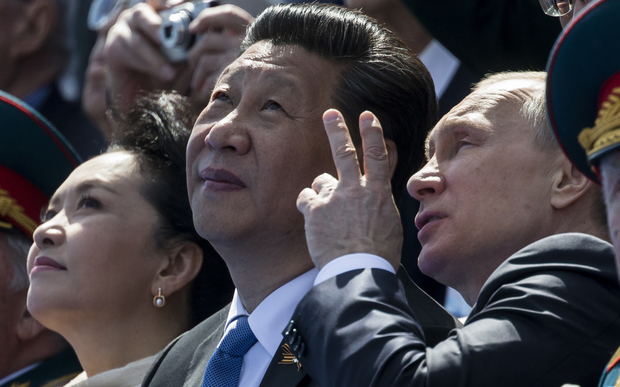 Meanwhile, at a wreath-laying ceremony in Kiev, Ukrainian President Petro Poroshenko condemned Russia's portrayal of his government as fascist over the past year.

"Obviously this is done with one aim alone - to justify... the Russian aggression against Ukraine."

The victory parade in Moscow started at 10am local time on Saturday. Chinese President Xi Jinping, President Pranab Mukherjee of India and UN Secretary General Ban Ki-moon were among more than 20 world leaders watching the event.

Military units from across Russia - some dressed in WW2-era uniforms - marched, and more than 100 aircraft flew over Red Square.

Also on show was the new, hi-tech Armata battle tank, which has a remote-controlled gun turret and reinforced capsule for the crew, as well as the RS-24 Yars intercontinental ballistic missiles - each capable of delivering three nuclear warheads.

In a sign of closer ties between Russia and China, a column of Chinese troops marched in Moscow for the first time. 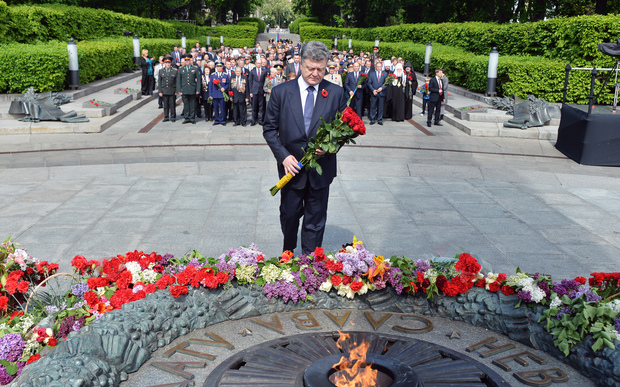 Military parades on a smaller scale were also held in other cities, including Sevastopol in Crimea - Ukraine's southern peninsula annexed by Russia in 2014 - as well as the Ukrainian rebel-held cities of Donetsk and Luhansk.

The US, Australia, Canada and most EU leaders avoided the celebrations in Russia - despite invitations - because of Moscow's alleged involvement in the Ukraine crisis.

On Friday, Poland organised an alternative event for those leaders who refused to go to Moscow.

Events in Gdansk were attended by the presidents of several countries, including Bulgaria, Czech Republic, Estonia, Lithuania, Romania and Ukraine. Mr Ban, the UN chief, was also there. 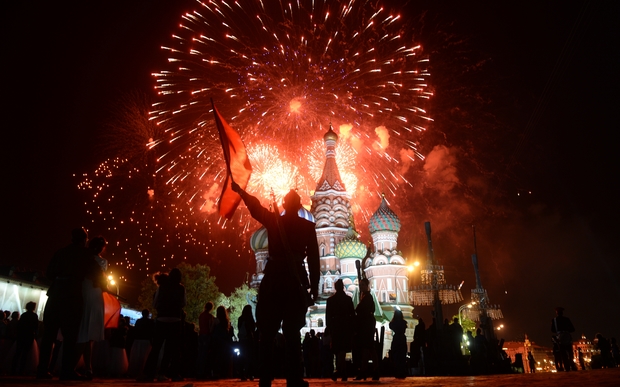 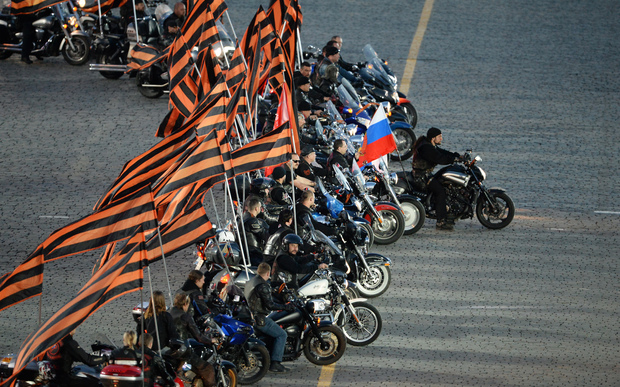 Bikers from the pro-Kremlin Night Wolves take part in a concert in Red Square as part of Victory Day. Photo: AFP 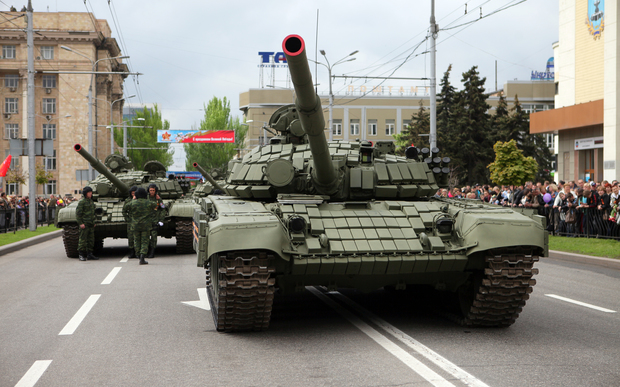 Tanks of pro-Russian separatists take part in a parallel Victory Day parade in Donetsk, Ukraine, on 9 May 2015. Photo: AFP