Former US Secretary of State Hillary Clinton has launched her bid for the 2016 Democratic presidential nomination.

An email sent by a top aide said Mrs Clinton was officially running and there would be a "kick off" event next month. 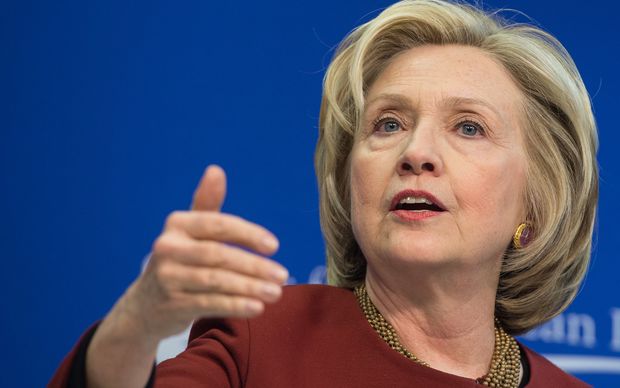 Mrs Clinton, who also served as a senator for New York, ran for the Democratic presidential nomination in 2008 but lost to Barack Obama.

The overwhelming Democratic favourite, she has been expected to declare her candidacy for months.

She began her campaign with the launch of a website and release of a video highlighting the theme of economic inequality.

I'm running for president. Everyday Americans need a champion, and I want to be that champion. –H https://t.co/w8Hoe1pbtC

Earlier, the news of Mrs Clinton's bid for nomination was broken by an email from her aide John Podesta and circulated on Twitter.

Podesta sends email to Hillary 2008 alumni announcing she is in -- first official announcement from the campaign. pic.twitter.com/AsOEw6Z33T

Many in the left-wing of the party are urging Massachusetts Senator Elizabeth Warren to run but she has repeatedly said in media interviews that she is not running for president.

Mrs Clinton, 67, was first lady when her husband Bill Clinton was president.

After her failed nomination bid in 2008, she served as secretary of state in Mr Obama's first administration (2009-2013).

As a senator, Mrs Clinton voted for the invasion of Iraq in 2003 but distanced herself from the way the war was waged, and called for US troops to be withdrawn.

During her husband's first term as president, she campaigned for healthcare reform but her plan fell apart and never made it to a vote in Congress.