Former Secretary of State Hillary Clinton is to announce she is running for president on Sunday, various US media report. 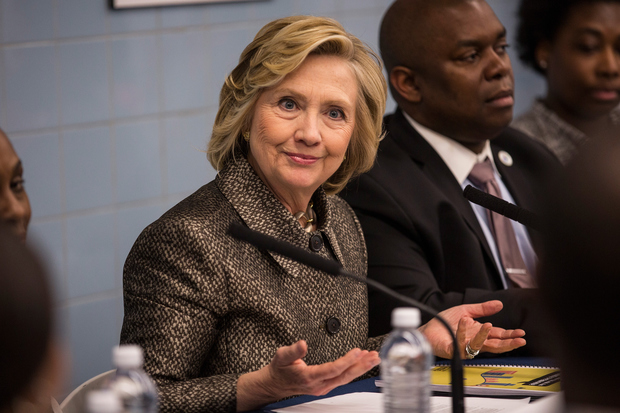 Mrs Clinton is expected to make the announcement on social media.

The 67-year-old will then travel to Iowa and New Hampshire, two early primary contests in the 2016 race.

The former first lady previously ran for president in 2008 and is already considered a strong contender for the Democratic presidential nomination.

Mrs Clinton is expected to release a video outlining her campaign themes but will put off a large, formal speech.

She recently faced criticism over using a private email address to conduct official business as secretary of state and having personal staff decide what emails should be given over to public records.

Mrs Clinton was a politically active first lady during her husband's two terms as US president and then served in the US Senate for several years.

She lost out to President Barack Obama during the 2008 Democratic presidential primaries.

Mr Obama later named her as secretary of state, a position she held until 2013.

Another Clinton-Bush election - the first was won by Mrs Clinton's husband Bill in 1992 - would revive the debate in the US about powerful political dynasties.

Many in the left-wing of the party are urging Massachusetts Senator Elizabeth Warren to run.

But she has repeatedly said in media interviews that she is not running for president.