Protests are being held in the US state of South Carolina over the fatal shooting of an unarmed man as he ran away from police. 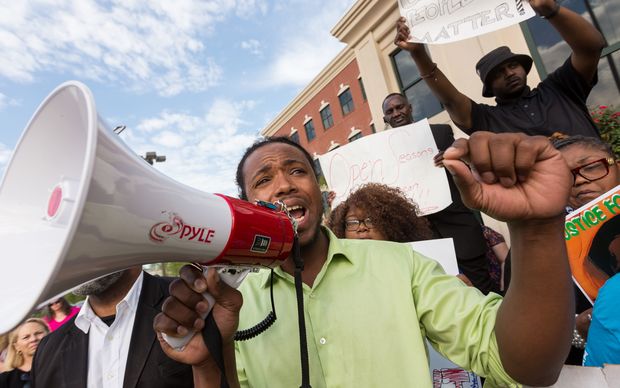 Protests over the fatal shooting of Walter Scott were held outside City Hall in North Charleston. Photo: AFP

Officer Michael Slager was charged with murder and sacked after video emerged of him shooting Walter Scott multiple times in the back following a scuffle. 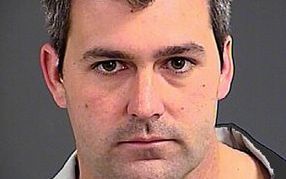 The officer was arrested when authorities reviewed the mobile phone video of the shooting, which took place on Saturday.

The footage filmed by a bystander obtained by the city's newspaper, The Post and Courier, showed a brief scuffle before Walter Scott begins running away.

The video then shows the officer firing several shots at the man, who falls to the ground.

The incident has been widely condemned, and the US Department of Justice and the FBI are investigating.

Cries of "Black lives matter!" rang out as about 50 protesters joined local politicians outside City Hall in North Charleston on Tuesday morning.

"We cannot sit still and be quiet anymore. This is our season to speak!" said one woman who commanded the crowd's attention.

"Our way of speaking is getting to the election polls." 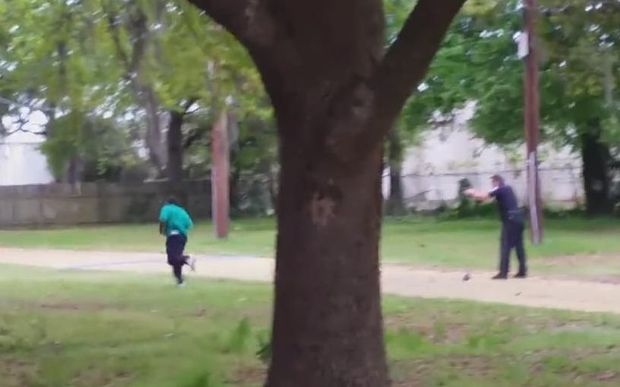 A screenshot of video footage filmed by a bystander Photo: Vimeo

The incident on Saturday began after Mr Scott's car was stopped for having a broken rear light, local media reported.

Mr Slager said at the weekend, through his lawyer, that he feared for his safety as Mr Scott had tried to grab his stun gun.

The Post and Courier reported that Mr Scott had been arrested about 10 times, mostly for failing to pay child support or show up for court hearings.

Mr Scott's brother, Anthony, said he believed his brother, a 50-year-old father of four, was running for his life.

The shooting occurred as heightened scrutiny is being placed on police officer shootings, particularly those that involve white officers and unarmed black suspects.