Another teenager has been shot dead by a policeman in the United States, only a few kilometres away from Ferguson, the St Louis suburb where Michael Brown was killed by a white officer in August.

There were violent clashes between the police and angry crowds as news spread that the 18-year-old, named as Antonio Martin, had been killed at a petrol station in Berkeley, St Louis.

Mayor of Berkeley Theodore Hoskins said video footage from the petrol station showed the young man had pointed a gun at the officer, and that the incident could not be compared with he killing of Michael Brown.

St Louis county police chief Jon Belmar said the teenager pointed a gun at an officer responding to a theft complaint at a petrol station, leaving him with no alternative but to shoot.

"The individual produced a pistol with his arms straight out pointing at the officer across the hood of the police car. At that point the officer produced his service weapon and fired what we think at this point is three shots," he said.

Police are hunting for the second man who fled the scene, AFP reports. 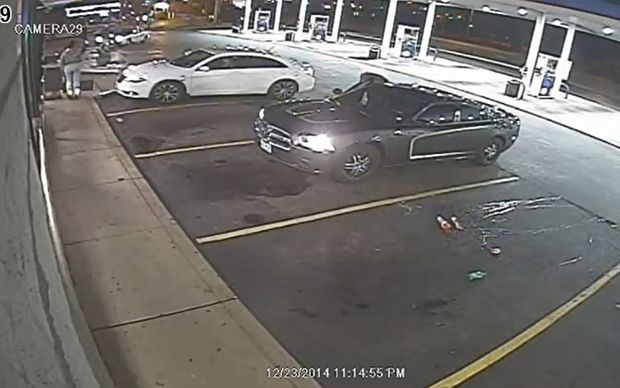 St Louis police released surveillance footage from the petrol station, but said the officer, a 34-year-old white man with six years experience on the force, was not wearing his body camera.

The dead teenager was named in US media reports as 18-year-old Antonio Martin. Police did not confirm this, but said the suspect was known to police for assault and robbery charges.

A 300-strong crowd gathered after the shooting, with demonstrators lobbing bricks and three explosive devices, which officials said were likely fireworks. Police responded with pepper spray.

A small group was seen looting a shop close to the scene of the shooting. At least one officer was injured and is in hospital after the clashes.

The police chief said "bad choices" were made by the suspect, and defended the officer's decision to shoot.

"This individual could have complied with the officer, he could have ran away, he could have dropped the gun ... it didn't have to end with him approaching the officer with an arm extended and a nine-millimetre pistol in his hand," said Col Belmar.

"I would imagine that most of us would feel like we were in imminent danger of losing our lives at that point and I think the officer responded with what he thought was commensurate force."

Some reports, however, said some eyewitnesses disputed that account.

A woman who identified herself as the victim's mother, Toni Martin, said her son was running when he was shot and killed.

"His girlfriend told me that the police was messing with them," Ms Martin told CNN.

"When he was trying to get up and run, they started shooting him. They won't tell me nothing. They won't even let me see my baby."

The shooting is the latest in several such incidents that led to months of protests over how police in the United States interact with the country's black community. 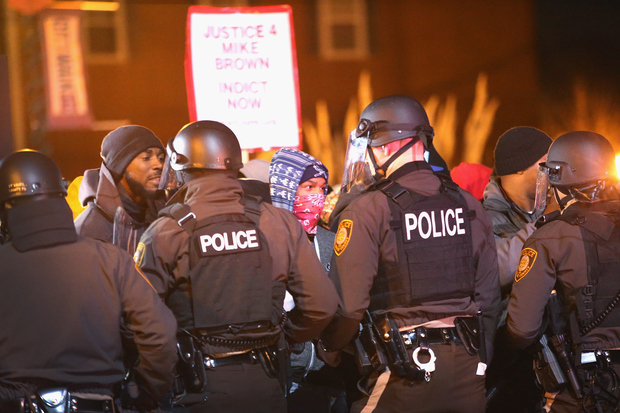 Another black man, Eric Garner, died after being choked by New York police officer Daniel Pantaleo after he arrested on suspicion of selling untaxed cigarettes on Staten Island in July.

Two separate grand juries declined to indict the officers in either case, sparking weeks of sometimes violent protests in cities across the United States.