The death toll in Yemen is mounting as loyalist forces continue to battle rebels in the streets of Aden. 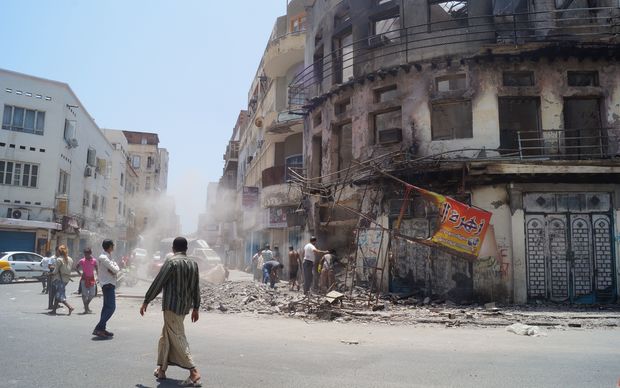 Houthi rebels are fighting forces loyal to the government in Aden. The port has also been shelled by Saudi forces from the sea. Photo: AFP

Aid agencies say more than 540 people have been killed in recent fighting and more than 100,000 have been displaced. The United Nations says the country is heading towards a humanitarian disaster.

Aircraft from a Saudi-led coalition are bombing the rebels in support of the internationally recognised government.

As the rebels have advanced on Aden, the port has also been shelled by Saudi forces from the sea.

Fighting escalated in the city this week, with reports of overflowing hospitals, hijacked ambulances and bodies left in the street.

Meanwhile, the US says it is expediting arms deliveries to the Saudi-led coalition battling the rebels.

It is also increasing intelligence-sharing with the coalition to show the Houthis and their allies "that they cannot overrun Yemen by force", Deputy Secretary of State Antony Blinken said on Tuesday.

The evacuation of foreigners has continued.

New Zealand's Ministry of Foreign Affairs and Trade say any citizens still in Yemen should quit the country because there is extreme risk to their security, with major threats of terrorism or kidnapping.

The ministry is in contact with three people with New Zealand connections who remain in Yemen but is warning options for help are limited.

There is no New Zealand diplomatic presence in Yemen, and the British and American embassies there are closed. 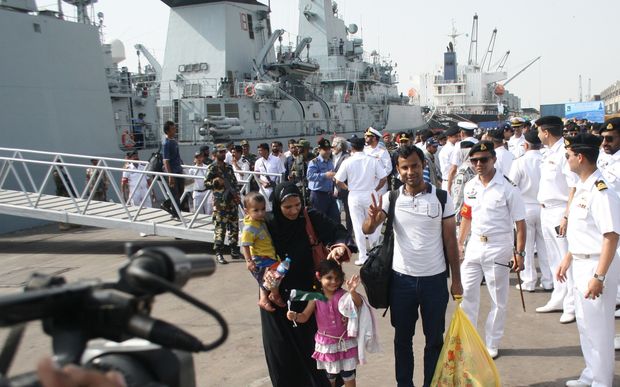 Pakistan sent a navy vessel to evacuate Pakistani and other citizens from Yemen. Photo: AFP