The conservation group Sea Shepherd says all crew members from a poaching vessel have abandoned ship as it appears to be sinking off the west coast of Africa. 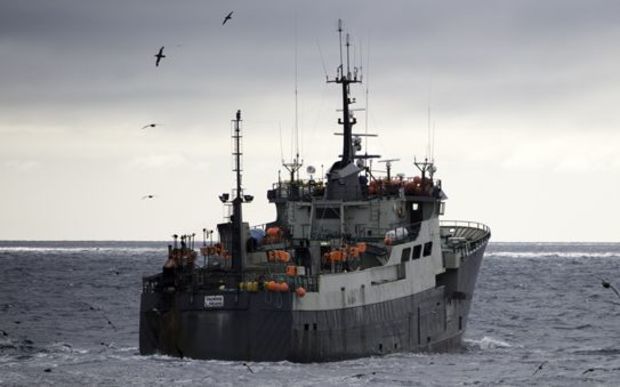 The 'Thunder', which Sea Shepherd claims is illegally fishing in the Southern Ocean. Photo: Sea Shepherd

It said its ship the Bob Barker received a distress call from the Thunder this afternoon and all 35 crew members were now in liferafts.

Sea Shepherd has been pursuing the Thunder, which it claims had been poaching toothfish, for more than 100 days.

Captain Peter Hammarstedt said the Thunder radioed him saying the ship was sinking.

He said they had launched a small boat and were doing everything they could to assist, which included co-ordinating a search and rescue operation.

Mr Hammarstedt said he suspected the vessel may have been deliberately damaged so crew members could avoid arrest when it came to port.

Another Sea Shepherd ship, the Sam Simon, was assisting in the search and rescue operation. It had arrived on the scene and would take on the 35 crew members.

Captain Hammarstedt said he was worried the Thunder's crew might be violent.

"We do have a concern about taking on the crew of the Thunder but this is an emergency situation," he said.

"We are the vessels on the scene which means we have to take on the responsibility of co-ordinating the rescue.

"But this is a crew that has been violent towards us for the past 110 days," he said.

mr Hammarstedt said he suspects that as a final act, the Thunder's crew tried to sink their boat.

"This vessel is in the perfect place to sink and I would not be surprised that the captain of this vessel knowing his ship is going to be arrested coming into port, would consider sinking his ship to destroy any evidence," he said.

The distress signal came off the Gulf of Guinea off the west coast of Africa. 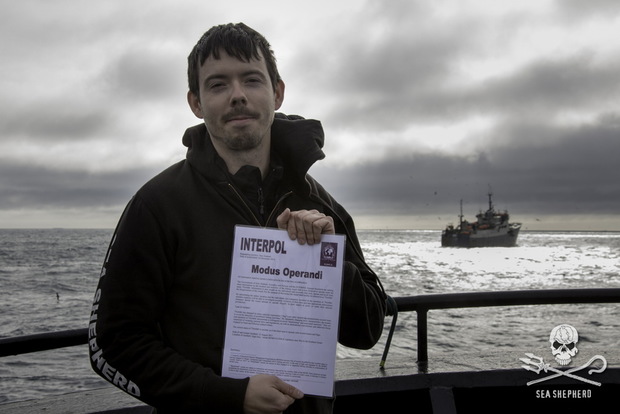