A third Australian teenager has been caught this month trying to join Islamic State terrorists in the Middle East. 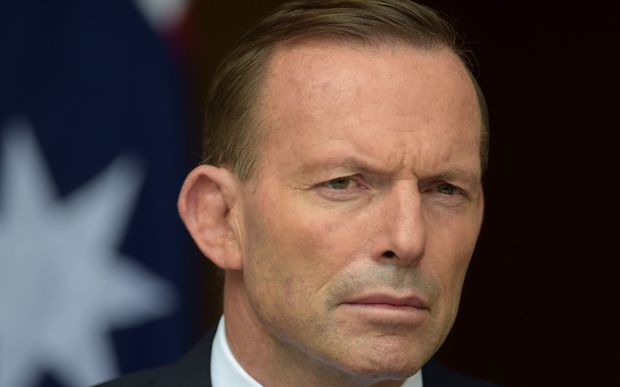 The Federal Government has revealed a 17-year-old was intercepted by counter-terrorism officers at Sydney Airport a fortnight ago.

According to ABC Immigration Minister Peter Dutton, the incident happened on 12 March at the international terminal.

"There was a male, 17 years of age, who was offloaded after being interviewed by counter terrorism unit [CTU] officers at the Sydney Airport," Mr Dutton said.

"He was on his way to conflict in the Middle East and it comes off the back of two individuals -16- and 17-year-olds, as you would be aware - who had been intercepted by CTU officers just before that."

Mr Dutton said security agencies were investigating the matter but the boy had been returned to his family.

"Many of these young people, even without the knowledge of their parents, are downloading and receiving information through social media and on the internet," Mr Dutton said.

"This death cult is reaching through the computer screens into the minds of young Australians, brainwashing them and that is a great difficulty that all western democracies have."

On 9 March, two teenage brothers were intercepted at Sydney Airport on suspicion of attempting to travel to Syria to join IS fighters.

The pair were later released back into the custody of their parents.

The brothers' luggage contained extremist paraphernalia and they were heading to Turkey, a common transit point for those joining IS.

This month also saw Melbourne teenager Jake Bilardi travel to Iraq where he carried out a suicide bombing for IS.

These incidents come amid a growing trend of young men travelling, or attempting to travel to the Middle East to fight for IS.

IS has a notorious online reach which features propaganda aimed at encouraging Western people to travel to conflict zones.