Two Australian teenage brothers suspected of trying to join the conflict in the Middle East will be put on a watchlist after being stopped at Sydney airport. 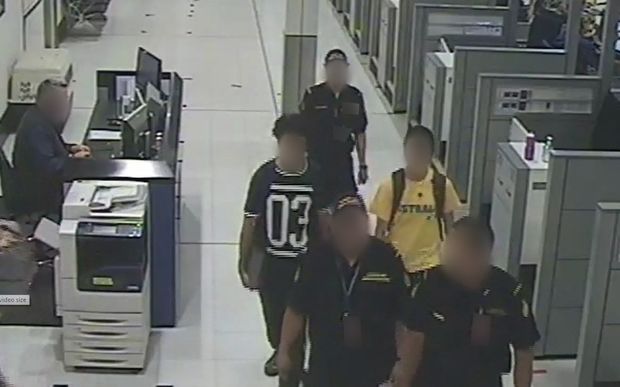 The brothers, aged 16 and 17, were intercepted at Sydney airport on Friday night after a luggage search raised suspicions they intended to join the conflict in the Middle East.

He said to anyone thinking of fighting in the Middle East: "Don't even begin to think that you can leave. We will stop you at the border on the way out."

Mr Abbott said it seemed the two teens had "succumbed to the lure of the death cult", and were on the verge of doing something "terrible and dangerous".

Immigration Minister Peter Dutton said the western Sydney brothers would be put on a watch list.

"The authorities will be working really hard with the families," he told the Seven Network.

"On the advice I've got, the mum and dad had no knowledge of what was going on."

Mr Dutton said the online "radicalisation" of Australian youth was a threat to society.

"We take it very, very seriously," he said. "It's a warning message to a lot of parents, you work with your kids, understand what they are looking at online."

Muslim leader Dr Jamal Rifi said he despaired at the "toxic social media environment" that continues to lure youngsters into a trap.

"That is the question - why such sleek propaganda that is taking place is not being counteracted by another, you know, fact finding," he told ABC TV.

The ABC reports the brothers were later allowed to leave the airport with their parents, who were unaware of their plans, and were issued court attendance notices.