CCTV pictures have emerged of three UK schoolgirls on the Turkish leg of what is believed to have been their journey to join Islamic State in Syria. 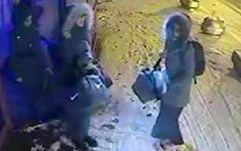 Shamima Begum and Amira Abase, 15, and Kadiza Sultana, 16, flew from London to Istanbul on 17 February.

The images show them waiting at Bayrampasa bus station later that day.

Scotland Yard believes the Bethnal Green Academy students are now in Syria. They are believed to have been meet at the border by IS militants.

The BBC understands that the girls waited in the offices of two bus companies during their time at the station, before taking a bus to Urfa, close to the Syrian border, the next day.

It is thought that they were at the station for a total of 18 hours.

Sources have suggested the three girls, all described as "straight-A students" at the east London academy, entered Syria near the Kilis border crossing five or six days ago.

They had flown from Gatwick to Turkey after telling their parents they were going out for the day.

The girls' families have made a number of emotional appeals for them to return home. 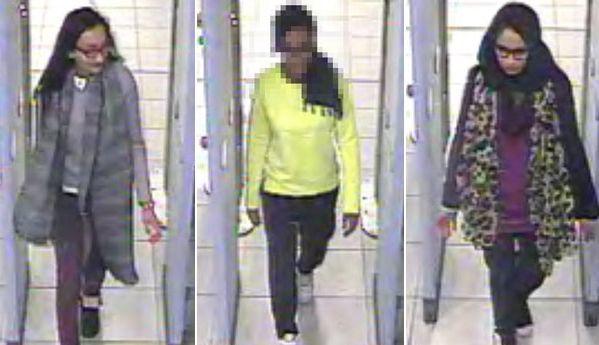 Scotland Yard has previously denied it took three days to inform officials in Turkey about the schoolgirls travelling to Syria.

The Metropolitan Police said it had started working with Turkish authorities a day after the girls went missing.