Britain is to introduce new laws to try to stop airlines carrying passengers who may be travelling to join Islamic State militants in Syria and Iraq. 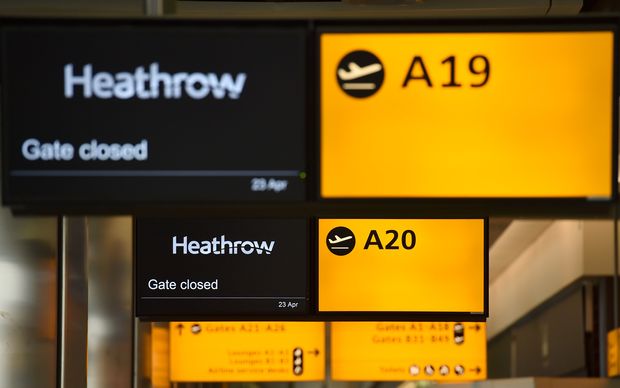 Security services estimate some 600 Britons have gone to Syria or Iraq to join militant groups, including the man known as "Jihadi John" who has appeared in several Islamic State beheading videos.

Under the proposed new laws, the Home Secretary would be able to prevent airlines carrying passengers, including children, believed to be travelling to take part in "terrorism-related activity" on known routes, such as those into Syria, a Home Office statement said.

The rules would require airlines to seek permission to carry such passengers, Reuters reports. An automatic system based on passenger lists provided by airlines would flag high-risk travellers and stop them boarding aircraft.

Britain's Express newspaper said airlines would be forced to hand over full passenger lists before landing in the UK or face a £50,000 fine. Similar laws were brought in in the United States in the wake of the 9/11 attacks.

The new powers are part of Britain's efforts to stop foreign fighters from entering Syria via commercial flights and come weeks after three London schoolgirls fled Britain to join up with Islamic State through Turkey.

Turkish Airlines has previously said it was helping a government investigation into the case but that it was only responsible for checking visas.

Prime Minister David Cameron has also urged internet firms to do more to tackle online extremism after it was revealed the three girls had used Twitter to contact other women involved with Islamic State.

Speaking in an online chatroom on Sunday, Britain's senior national coordinator for counter terrorism, Helen Ball, said that at least 22 families in Britain had reported young women and girls as missing in the past year, believing that they had travelled to Syria.

In Australia, two teenage brothers were intercepted at Sydney airport on Friday night after a luggage search raised suspicions they intended to join the conflict in the Middle East. The brothers, aged 16 and 17, have been put on a watch list.