Methamphetamine has been identified as the greatest drug threat facing Australians. 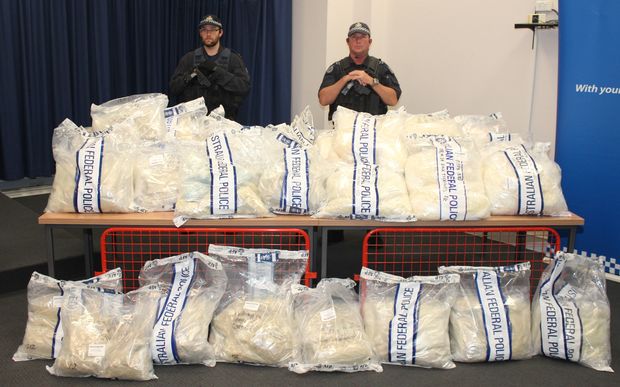 An Australian Crime Commission report is the first to paint a picture of the growing crystal methamphetamine problem across the country.

"Of all illicit drugs, the Australian Crime Commission report assessment is that methylamphetamine, and in particular the crystalised form, commonly known as 'ice', is the most dangerous and the highest risk to our nation," ACC chief executive Chris Dawson said.

"Use is increasing, the purity of ice is also increasing, and we are seeing greater seizures [of the drug] - but more does need to be done."

Mr Dawson said it was not only home-grown drug labs fuelling the spread of addiction, but the high price of the drug in Australia was leading to more international criminals sending their product to Australian shores.

"Up to 60 percent of transnational and serious and organised crime groups are profiting from either the importation, manufacture or trafficking of this very dangerous drug," he said.

Mr Dawson said in China a gram of ice is worth $US80, whereas Australian addicts can pay up to $US500 per gram.

"We are seeing countries from the Middle East, from China, from the Central Americas from which these crime groups are targeting Australia," he said.

While there are strong concerns about the role serious and organised crime gangs play in producing the drug, the violent consequences of addiction are also cause for distress.

"We are seeing weekly and daily homicides, drug-impaired driving, addict-based crime in the form of aggression, violence and other crimes such as burglaries in which organised crime groups are profiting," Mr Dawson said.

Federal Justice Minister Michael Keenan said the hidden nature of the illicit drug industry made it hard to establish just how much it had grown in recent years.

"When you're asking for exact figures on the nature of the illicit market, then clearly that's impossible for the government to provide," Mr Keenan said.

"But we do know that it contributed significantly to the criminal economy in Australia, which is estimated at $15 billion."

In releasing the report, Mr Keenan said it would form the basis for a new national discussion.

"Sadly our nation's addiction to this mind-eating, life-ending drug is paying big dividends for the organised criminals who are profiting from the misery that this drug creates," he said.

"In recent years, we have seen the creep of ice use stretch across this nation, with individuals from all stratas of society succumbing to the depravity of this drug."

Mr Dawson said responsibility in finding a solution to the growing addiction problem does not rest solely with government and law enforcement.

"[The discussion] must go right across our nation, across education, across industry, and in particular across our kitchen tables from parents to children so that people understand the addictive nature of this drug," Mr Dawson said.

In November last year, police seized about 2.8 tonnes of illicit drugs worth an estimated $1.5 billion - the second-biggest bust in Australia's history.