The BBC's internal investigation into Top Gear host Jeremy Clarkson's suspension from the programme following a "fracas" with a producer has begun. 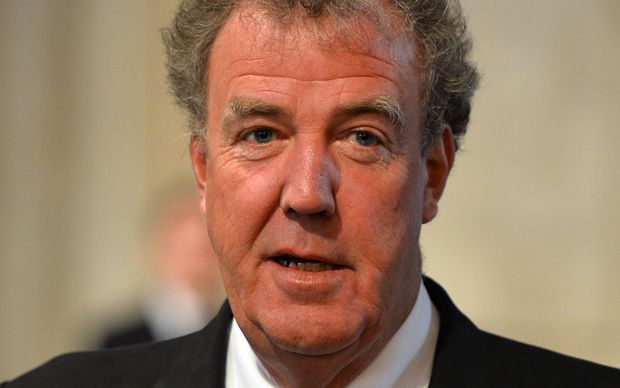 The inquiry is being headed by Ken McQuarrie, the director of BBC Scotland.

Mr Tymon did not file a formal complaint and it is understood Clarkson reported the incident himself.

The row was said to have occurred because no hot food was laid on for the presenter following a day's filming in North Yorkshire.

Writing in his column in the Sun newspaper, Clarkson appeared to hint that he was close to quitting, calling himself a "dinosaur" and adding: "These big imposing creatures have no place in a world which has moved on."

An online petition to reinstate Clarkson has reached more than 900,000 signatures.

Media watchdog Ofcom said it had received more than 100 complaints about Top Gear being replaced on BBC Two with a Red Arrows documentary on Sunday, 15 March.

An Ofcom spokesman said it would take no action as it "can only assess a breach of the broadcasting code if a show has actually aired".

Red Arrows: Inside the Bubble, was a repeat of a show from July last year and got 1.3 million viewers. When Top Gear last aired on 8 March in the same slot it got 5.1 million viewers.

The critic AA Gill voiced his support for Clarkson in his Sunday Times column, calling the investigation into the row "preposterous and ponderous", and praised Clarkson as hard-working.

Top Gear is one of the BBC's most popular and profitable TV shows, with an estimated global audience of 350 million.

The remaining shows in the current series were pulled following the incident. 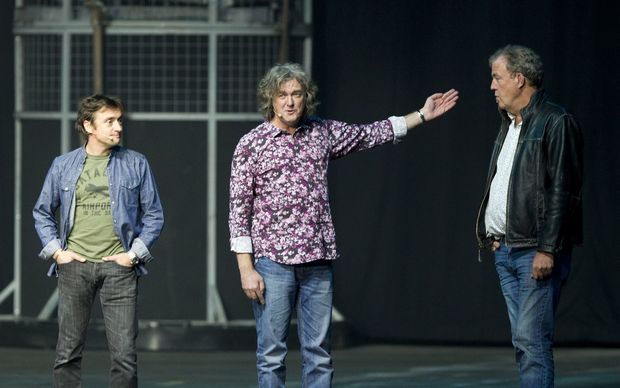 Richard Hammond, James May and Jeremy Clarkson during a Top Gear show in Belgium in 2013. Photo: AFP

A lawyer for Mr Tymon said his client "intends to await the outcome of the BBC investigation and will make no comment until that investigation is complete".

No official date has been fixed for the investigation to present its findings.

Mr McQuarrie, the head of BBC Scotland, also carried out an investigation after Lord McAlpine was wrongly implicated in child sex abuse allegations by BBC Two's Newsnight in 2012.

Top Gear won't be the same without @JeremyClarkson !!!! @BBC