A panel of British MPs plan to open an inquiry into banking giant HSBC after media reports that the bank helped wealthy customers dodge taxes and conceal millions of dollars of assets.

The British bank admitted compliance failings by its Swiss subsidiary on Monday, following reports based on documents obtained by the International Consortium of Investigative Journalists (ICIJ) that alleged the bank had helped clients hide money from tax authorities across Europe. 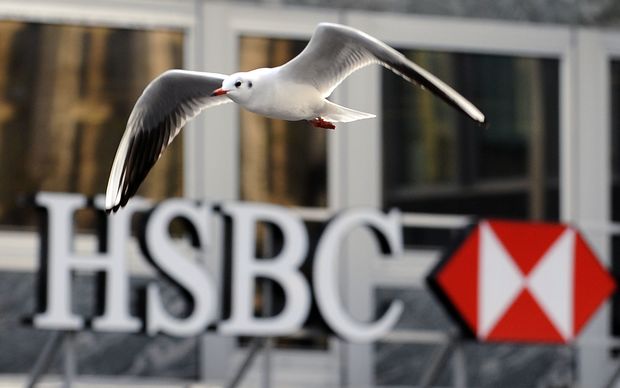 "The Public Accounts Committee will be launching an urgent inquiry to which we will require HSBC to give evidence - and we will order them if necessary".

Tax avoidance has become a hot political topic before the general election due in May of this year. The opposition Labour party accuses the ruling Conservative party of being the party of hedge funds and "tax avoiders".

An investigation by BBC programme Panorama has seen accounts from 106,000 clients in 203 countries, leaked by whistleblower Herve Falciani in 2007.

HSBC admitted that it was "accountable for past control failures." But it said it has now "fundamentally changed".

"We acknowledge that the compliance culture and standards of due diligence in HSBC's Swiss private bank, as well as the industry in general, were significantly lower than they are today," it added.

The bank now faces criminal investigations in the US, France, Belgium and Argentina, but not in the UK, where HSBC is based.

HSBC said it is "co-operating with relevant authorities".

Offshore accounts are not illegal, but many people use them to hide cash from the tax authorities. And while tax avoidance is perfectly legal, deliberately hiding money to evade tax is not.

The French authorities concluded in 2013 that 99.8 percent of their citizens on the list were probably evading tax.

The thousands of pages of data were obtained by the French newspaper Le Monde. In a joint investigation, the documents have now been passed to the ICIJ, the Guardian newspaper, Panorama and more than 50 media outlets around the world.

HM Revenue and Customs (HMRC) was given the leaked data in 2010 and has identified 1,100 people from the list of 7,000 British clients who had not paid their taxes. But almost five years later, only one tax evader has been prosecuted.

HMRC said £135m in tax, interest and penalties have now been paid by those who hid their assets in Switzerland.

But Ms Hodge said that is not enough. "I just don't think the tax authorities have been strong enough, assertive enough, brave enough, tough enough in securing for the British taxpayer the monies that are due."

HSBC did not just turn a blind eye to tax evaders - in some cases it broke the law by actively helping its clients.

The bank gave one wealthy family a foreign credit card so they could withdraw their undeclared cash at ATMs overseas.

HSBC also helped its tax-dodging clients stay ahead of the law.

When the European Savings Directive was introduced in 2005, the idea was that Swiss banks would take any tax owed from undeclared accounts and pass it to the taxman.

It was a tax designed to catch tax evaders. But instead of simply collecting the money, HSBC wrote to customers and offered them ways to get round the new tax. HSBC denies that all these account holders were evading tax.

Meanwhile, HSBC said it has completely overhauled its private banking business and has reduced the number of Swiss accounts by almost 70 percent since 2007.

In a statement, the bank said: "HSBC has implemented numerous initiatives designed to prevent its banking services being used to evade taxes or launder money."

The bank said it now puts compliance and tax transparency ahead of profitability.