Residents in the West Australian town of Broome are being asked to keep their eyes open for a crocodile that reportedly came ashore at a beach and clambered up two flights of stairs towards a cafe. 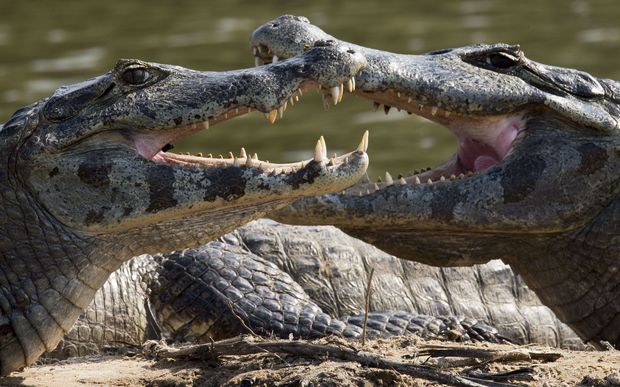 Several residents reported seeing an animal walk up Cable Beach on Monday evening but authorities had not been able to confirm the sightings, and some had dismissed it as a hoax.

Department of Parks and Wildlife officer Pete Carstairs said the department had erected warning signs as a precaution and would also be stepping up patrols of the Broome peninsula.

He said that with growing numbers of crocodiles in the Kimberly region's waterways, it was important that people reported such sightings, rather than just posting blurry pictures on social media websites.

"There was one photo posted on a social network site, which was very blurry, and it's not easy to identify it as a crocodile in the picture," he said.

"So we're looking for more information from the public, if anyone sighted a crocodile in the Cable Beach area."

"The first report was of a crocodile on the beach, a two-to-three-metre animal ... and we've also had a report of a 1m animal walking up the stairs, towards the Zanders cafe".

The two flights of concrete stairs are the main thoroughfare leading people from the grassy picnic area down to the beach.

Crocodiles are known as excellent climbers, more than capable of handling an incline.