The West African nation of Mali, which is on the edge of the Ebola zone, has been declared free of the deadly virus after 42 days without a new case. 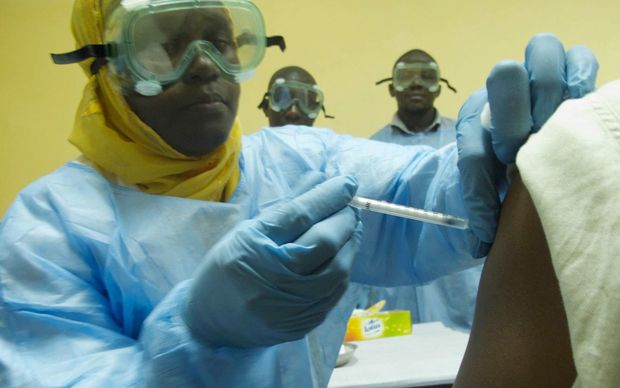 A volunteer receives the Ebola vaccination in Mali. Photo: AFP

Mali recorded six deaths from Ebola which, World Health Organization data shows, has killed 8,400 people in neighbouring Guinea, Sierra Leone and Liberia in the worst epidemic of the viral haemorrhagic fever on record.

In a statement, Mali's health minister, Ousmane Koné, declared the end of the Ebola epidemic in the country.

He also thanked the country's health workers and international partners for their work to halt the outbreak.

At one point health officials had been monitoring more than 300 contact cases.

Mali became the sixth West African country to record a case of Ebola when a two-year-old girl from Guinea died in October.

It was close to being declared Ebola free in November before a second wave of infections.