In Belgium, a suspected jihadist group targeted in a major anti-terror raid on Thursday had been planning to kill policemen in the street and at police stations, Belgian prosecutors say.

The planned attacks were imminent, they said, adding that two suspects shot dead in Verviers during the raids were still being identified.

Thirteen suspects have been arrested, while two more were arrested in France. 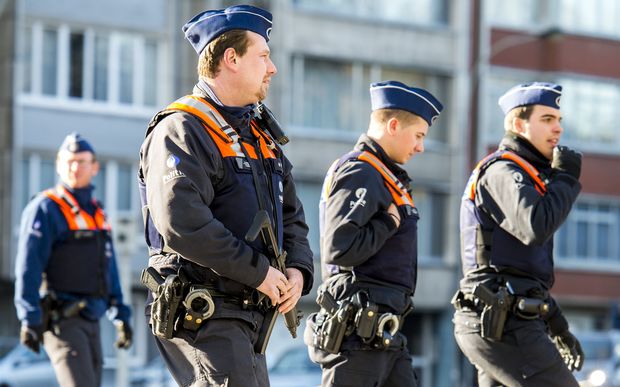 Police in France meanwhile have arrested a dozen people suspected of helping the Islamist militant gunmen responsible for last week's killings in Paris amid a series of anti-terror raids across Europe.

An official says the arrests in the region south of Paris were in connection with suspected "logistical support" for the shootings.

Seventeen victims and the three attackers died in three days of violence that began with an attack on the offices of the satirical weekly Charlie Hebdo.

The American secretary of state, John Kerry, is in Paris and is due to have talks with President Francois Hollande today.

Hundreds of German police meanwhile raided alleged Islamist sites in Berlin, arresting two men suspected of being part of a group planning to carry out an attack in Syria.

The raids fuelled fears about the thousands of young Europeans thought to have gone to fight with the Islamic State and Al-Qaeda-linked groups in the Middle East before coming home to launch attacks.

The group in Blegium was on the verge of carrying out terrorist attacks to kill police officers on public roads and in police stations," Belgian federal prosecutors' spokesman Eric Van der Sijpt told a news conference about the raids overnight.

The group, recently returned from Syria, had Kalashnikov assault rifles, explosives, ammunition and communications equipment, along with police uniforms, he said.

Prime Minister Charles Michel said he was ready to call up the army to ensure security and raised Belgium's terror alert to three on a scale of four.

The European Commission stepped up security at its headquarters in Brussels as a "precaution", a spokeswoman said.

Jewish schools in Brussels and the port city of Antwerp closed Friday. The raid comes less than a year after four people were shot dead in an attack on the Jewish Museum in Brussels. A Frenchman who fought in Syria has been charged with the murders. 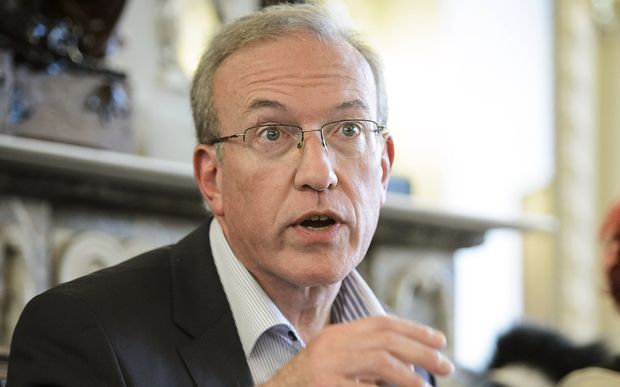 The unrest across Europe has fuelled fears of tensions between communities, but in Verviers, a faded industrial town near the German border, residents said they would stay united.

Belgium has one of the largest number of extremists who have returned from Syria relative to its population, with a large Muslim community that suffers from high unemployment and disenfranchisement.

With France still reeling from the attacks which targeted its cherished traditions of free speech, US Secretary of State John Kerry laid wreaths on Friday at both Charlie Hebdo offices and the Jewish supermarket during a visit to Paris.

The magazine inflamed Muslims in many countries by printing cartoons of the Prophet Mohammed.

French President Francois Hollande meanwhile urged the international community to offer a "firm" and "collective" response to the attacks, which drew 1.5 million people into the streets in Paris in their wake along with dozens of world leaders, although the US was not among them.

International anger over Charlie Hebdo's printing of a new image of Mohammed in its sold-out comeback issue this week continued to rage, with protesters clashing with police outside the French consulate in the Pakistani port city of Karachi. AFP/BBC