A huge rally in the centre of Paris is over but those who took part say they hope the unity it expressed will last.

More than three million people have taken part in unity marches across France after 17 people died during three days of deadly attacks in Paris.

Crowds of up to 1.6 million walked a 3 kilometre route from the historic Place de la Republique to Place de la Nation in the east of the capital on Sunday (local time).

More than 40 world leaders joined the start of the march linking arms in an act of solidarity. 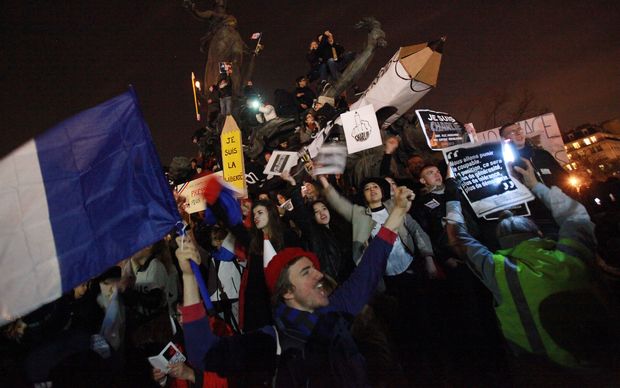 The French government said the overall rally turnout was the highest on record.

The demonstrators carried placards supporting freedom of expression and showing solidarity with people of all religions.

One man who took part said France must send a message that everyone is welcome.

"France is a place of freedom, some people think that religion is more strong that freedom, I say 'no, freedom in Vive La France'," he said. 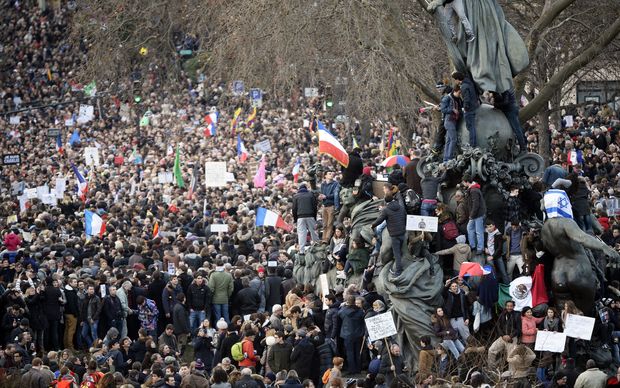 French officials said the marches were the biggest popular demonstration ever registered in the country. Photo: AFP

Families of some of the victims walked at the head of the march.

French president Francois Hollande and heads of state including the British, German, Turkish, Jordanian, Israeli and Palestinian leaders observed a minute's silence and linked arms in an act of solidarity as the procession began.

"Paris is today the capital of the world. Our entire country will rise up and show its best side," Mr Hollande said. 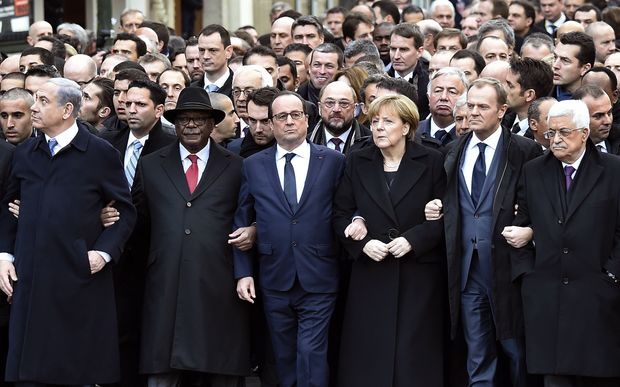 Unprecedented levels of security were in place and about 2000 police officers and 1350 soldiers - including elite marksmen on rooftops - were deployed to protect participants.

After world leaders left the march, Mr Hollande stayed to greet survivors of the Charlie Hebdo attack and their families.

Some commentators said the last street presence in the capital on this scale was at the Liberation of Paris from Nazi Germany in 1944.

Widespread solidarity - and some dissent 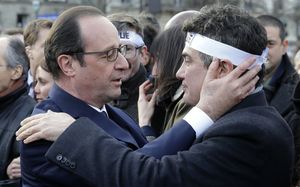 While there has been widespread solidarity with the victims, there have been some dissenting voices.

French social media have carried comments from those uneasy with the "Je suis Charlie" slogan interpreted as freedom of expression at all cost.

Others suggested there was hypocrisy in world leaders whose countries have repressive media laws attending the march.

Journalist safety activist group Reporters Without Borders criticised the presence of dignitaries from countries that restrict freedom of information, such as Egypt, Russia and Algeria.

Secretary-general Christophe Deloire said representatives of countries which silence journalists should not try to take advantage of the outpouring of emotion to boost their international image.

Meanwhile, the absence of US President Barack Obama or any top members of his administration was described as embarrassing by some American media outlets.

The US was represented at the march in Paris by its ambassador to France, Jane Hartley.

But commentators on some US media questioned why Mr Obama did not attend or send a top administration official such as Vice President Joe Biden or Secretary of State John Kerry.

Foreign Minister Murray McCully said a deputy ambassador was at the march to represent New Zealand. 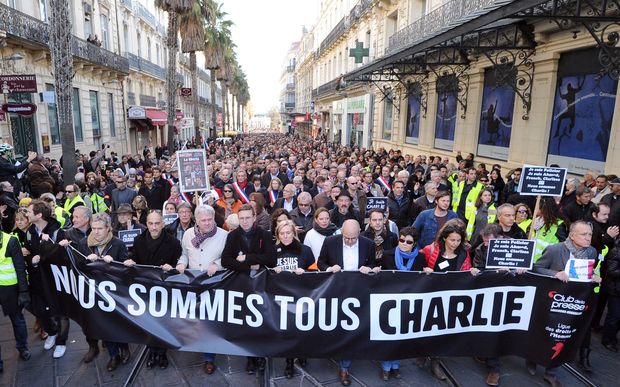 A rally in Montpellier was one of dozens across France on Sunday. Photo: AFP

The French capital has been in shock since the killings, which began on Wednesday at the office of satirical magazine Charlie Hebdo, where Cherif and Said Kouachi massacred 12 people including some of the country's best-known cartoonists. A day later, Amedy Coulibaly shot dead a policewoman.

The brothers were shot dead after a dramatic seige at a printing firm at Dammartin-en-Goele, northeast of Paris, where they had taken a person hostage.

The attacks ended on Friday when Coulibaly took hostages at a Jewish supermarket in Paris. Four hostages and the gunman were killed.

Hours before the march, a video emerged featuring a man resembling Coulibaly, the gunman killed in the kosher deli. He pledged allegiance to the Islamic State insurgent group and urged French Muslims to follow his example. 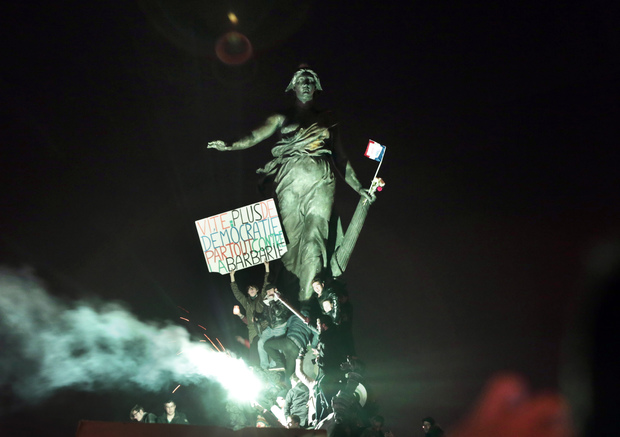 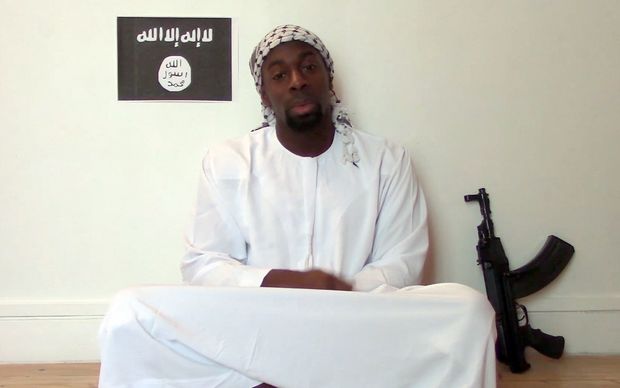 While by far the biggest rally took place in Paris, large numbers turned out in towns and cities across France, with a combined turnout put at about 2.5 million.

The country's interior ministry described the marches as the biggest popular demonstration ever registered in the country.

Samia Ghali, mayor of one of Marseille's districts, told the BBC that people were marching for tolerance and co-existence. Marseille is the city with the largest Muslim population in France.