The father of a Jordanian pilot seized by Islamic State militants in Syria has renewed a plea for his release. 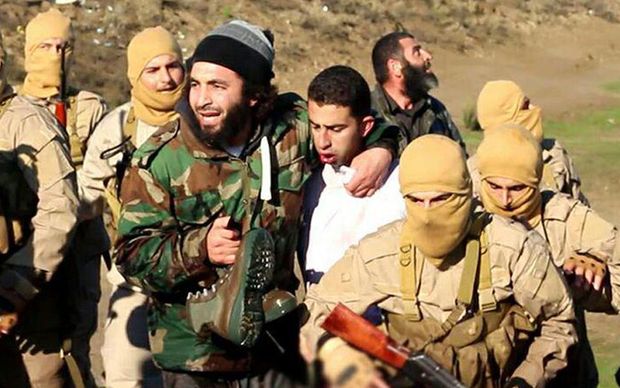 Describing his son as "a guest among brothers of ours in Syria Islamic State", Youssef al-Kasaesbeh urged his "hosts" to "treat him well", the BBC reported.

Lt Moaz al-Kasaesbeh was captured after his jet crashed in north-eastern Syria on Wednesday during a bombing mission.

Jordan is one of four Arab states in a US-led coalition that has launched air strikes on IS in Syria.

So far, the militants had not commented on the fate of the 26-year-old pilot.

It was still unclear what caused his plane to crash near the IS stronghold of Raqqa.

IS said it shot it down with a heat-seeking missile. However, the US says "evidence clearly indicates" that this is not true.

Yesterday, Moaz al-Kasaesbeh's father said: "I direct a message to our generous brothers of the Islamic State in Syria to host my son... with generous hospitality."

In a statement issued on Wednesday, the Jordanian military said it held IS and its supporters "responsible for the safety of the pilot and his life".

The air forces of Jordan, the US, UAE, Saudi Arabia, and Bahrain have carried out hundreds of air strikes on IS in Syria in the past three months.

Many of the targets have been in and around Raqqa, which is the de facto capital of the "caliphate" whose creation IS proclaimed in June.

Correspondents say that IS is assumed to have a limited air defence capability.

However, IS fighters have downed Iraqi and Syrian government planes in the past, and the group's full capabilities are not known.