Sony Pictures is making the controversial comedy which outraged North Korea available online for US viewers. 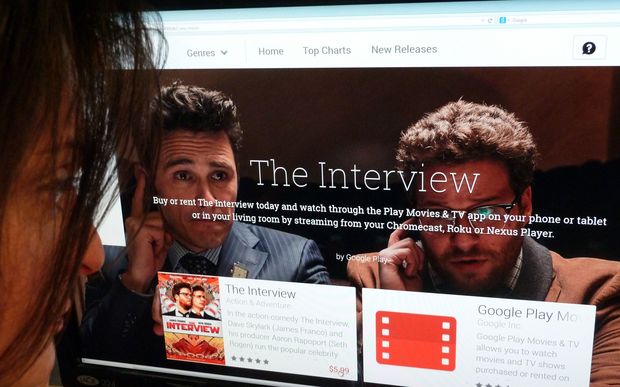 The film was being made available for rent on online video platforms and via a dedicated website. Photo: AFP

The spoof film became available for rent in the United States on several platforms, one day before its release for screening in some 200 American theatres.

It was to be distributed on Google's YouTube, on the Google Play app for Android devices and on a dedicated website, seetheinterview.com.

The future of the film had been in doubt after Sony said last week that it was canceling the release following a hacking attack on its corporate network and threats against moviegoers.

The US government blamed the attack on North Korea, reportedly angry at the film's cartoonish portrayal of Kim's communist regime, and President Barack Obama threatened reprisals.

But Sony was also criticised by the president and free speech advocates, and the studio yesterday announced it would give the film as wide a distribution as possible;, including online and a limited release in cinemas.

Some US movie theatre chains got cold feet after anonymous online threats, a limited number have agreed to show the film from Thursday, alongside the online release. 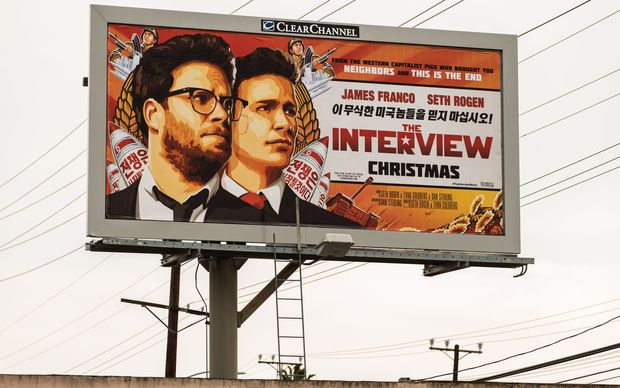 The Interview is about a plot to assassinate North Korea leader Kim Jong-Un Photo: AFP